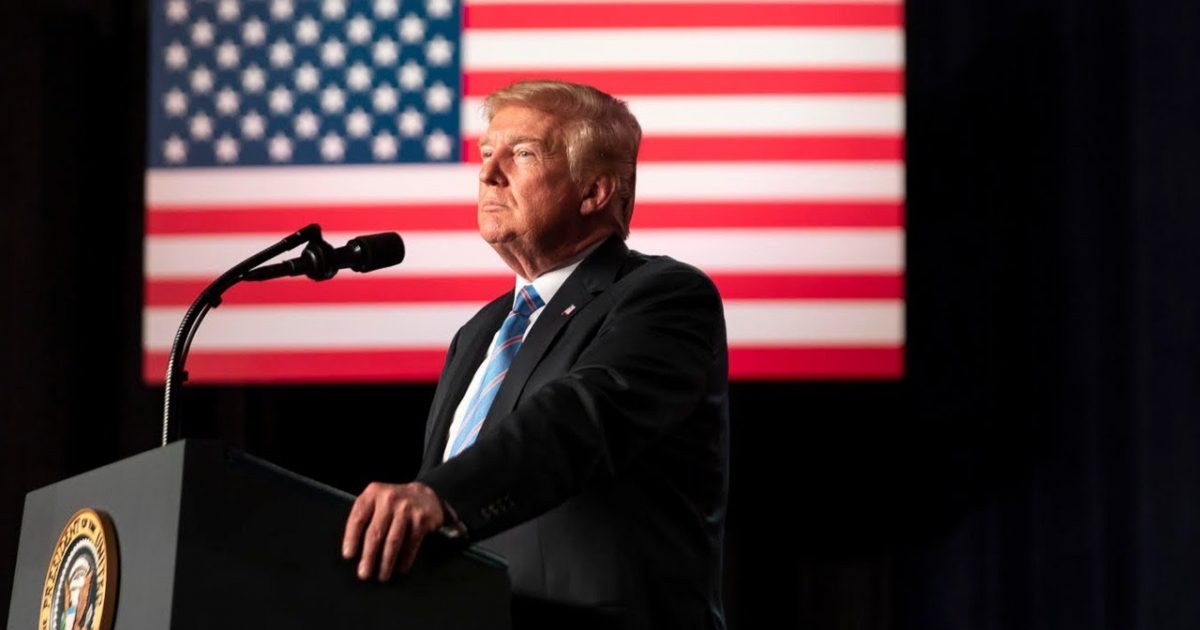 President Donald Trump has called upon Congress to get a second round of stimulus checks out to American families who have been negatively impacted by the coronavirus pandemic as the end-of-the-year deadline for a COVID-19 relief package draws near.

“Right now, I want to see checks – for more money than they’re talking about – going to people,” Trump told Fox News’ Brian Kilmeade. “I’m pushing it very hard, and to be honest with you, if the Democrats really wanted to do the deal, they’d do the deal.”

Trump has privately indicated that he would support sending a direct cash payment of up to $2,000, according to The Washington Post. The federal government sent out $1,200 stimulus checks earlier this year to millions of Americans as part of the $2.2 trillion CARES Act, which Congress passed in March.

The president’s comments come amid a renewed push on Capitol Hill to pass another round of emergency aid for families and workers still reeling from the pandemic before the end of the year. A group of bipartisan senators unveiled a $908 billion framework two weeks ago that’s garnered support from Democratic leaders, including House Speaker Nancy Pelosi and Senate Minority Leader Chuck Schumer.

The aid package allocates about $300 billion in funding for small businesses through the Paycheck Protection Program, $240 billion in aid for state and local governments, $180 billion to extend boosted unemployment benefits at $300 per week through March, and includes liability protections for businesses that remain open during the pandemic.

The bill does not include a second round of stimulus checks, which has earned the ire of Sens. Bernie Sanders and Jeff Hawley. Not traditionally the kind of folks you would see agreeing with one another on something of a political nature, but hey, COVID-19 has brought out the strangeness of our world.

Hawley actually released a statement on the topic of not passing a bill before Christmas break, saying, “It would be a dereliction of duty if Congress adjourns for Christmas without having a vote on providing working families with direct payments. Working people are struggling. And they should be the first people given relief, not last.”

Sanders also released a statement saying, “I am not one of the members of the Senate who shuts down, does this or does that and keeps you here for the weekend. I don’t do that. But this I want to say right now, I am prepared to withdraw my objection at this moment, but I will not be prepared to withdraw an objection next week.”

President Trump and his administration put down an offer of $916 billion, which included a round of $600 stimulus payments for adults. However, the legislation compensates for that by taking the old economic knife and slashing the funding for federal unemployment benefits.

Democrats were quick to reject that proposal. Both Speaker Pelosi and Senate Minority Leader Chuck Schumer calling the move “unacceptable.”

Apparently, providing aid for those who are actually in trouble is not a good thing.

Electoral College Gathers Across The Country To Cast Votes