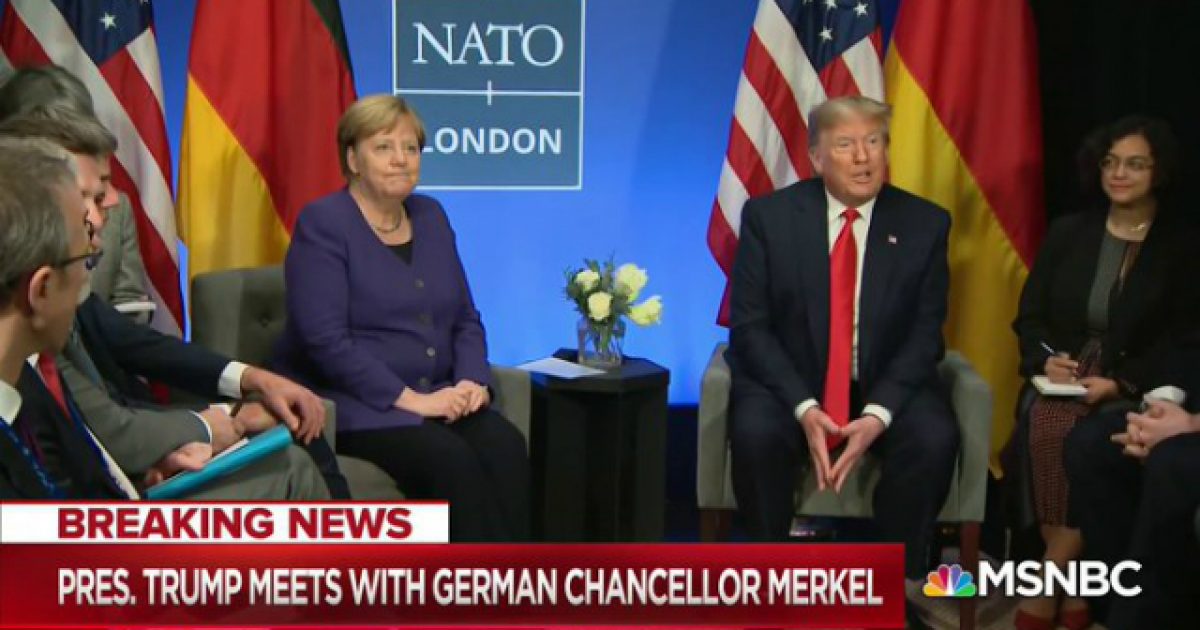 Canadian Prime Minister Justin Trudeau was caught mocking President Trump on a hot mic during a NATO summit reception held at Buckingham Palace on Tuesday, while he was having a chat with British Prime Minister Boris Johnson and French President Emmanuel Macron.

This, of course, did not sit well with the president who fired back at Trudeau, calling him “two-faced.”

“Is that why you were late?” Johnson, who appears amused, asked Macron.

“He was late because he takes a 40-minute press conference off the top,” Trudeau interjected.

.@JustinTrudeau, @EmmanuelMacron, @BorisJohnson and other VIPs shared a few words at a Buckingham Palace reception Tuesday. No one mentions @realDonaldTrump by name, but they seem to be discussing his lengthy impromptu press conferences from earlier in the day. (Video: Host Pool) pic.twitter.com/dVgj48rpOP

Asked about the viral video on Wednesday, President Trump took a swipe at Trudeau before offering some praise.

Trump shocked folks by following up his smackdown of Trudeau with some praise for the man saying, “And honestly with Trudeau, he’s a nice guy. I find him to be a very nice guy.”

Trump isn’t the only world leader to take note of Trudeau’s apparent “two-faced” nature. Other critics of the Canadian prime minister have said the same thing, including Ezra Levant the founder of Canadian outlet The Rebel who tweeted the following:

Just like at the G7 meeting last year, Justin Trudeau was meek and obedient to Donald Trump when they were face to face. But the moment Trump left the room Trudeau bad-mouthed him. Here he is doing the same in London, mocking Canada’s greatest NATO ally. pic.twitter.com/hGENrbnHg7