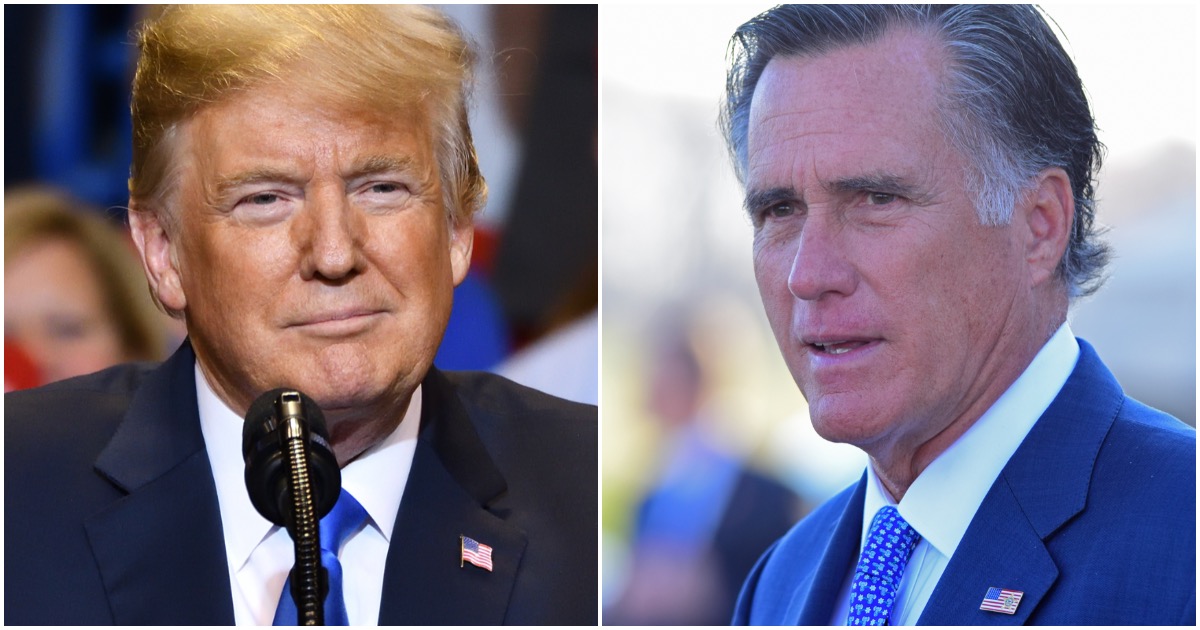 It’s too bad that President Trump is constantly going to war with members of his own party.

But what is he supposed to do when sitting GOP members of Congress call him out for ridiculous reasons?

It’s not as if he can get the press to sic Mitt Romney. That’s not going to happen.

As hard as liberals fought against the now-Utah Senator during the 2012 election, they will gladly back him today in his fight against POTUS.

Barack Obama never had this problem with his party.

Is it because conservatives have minds of their own?

President Trump called for Sen. Mitt Romney (R-Utah) to be impeached Saturday and argued that Republican voters in the state made a “mistake” nominating Romney for the Senate.

In a pair of tweets, the president argued that the Utah Republican should be removed from office and that former Sen. Jeff Flake (R-Ariz.), another frequent Trump critic, was “better” than Romney.

No Kevin, Jeff Flake is better!

Mitt doesn’t know if he’ll support the duly-elected Republican president of the United States in 2020.

Trump isn’t likely to lose any sleep, but still.