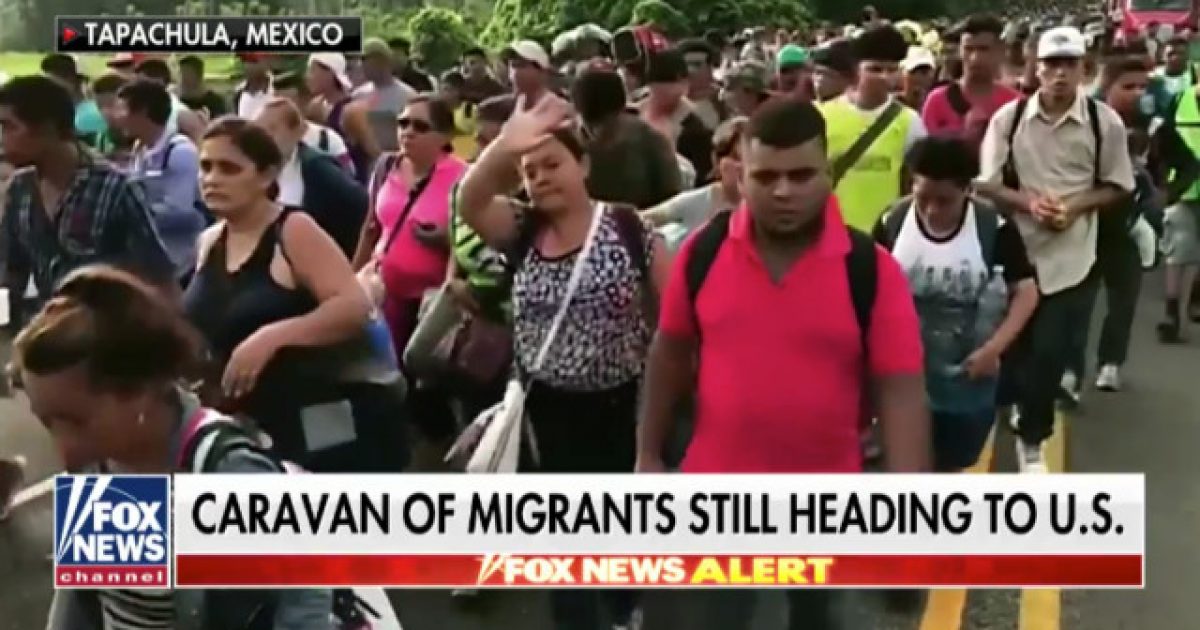 President Trump is preparing to take action to stop the migrant caravan from invading the United States at the southern border by closing it down with 1,000 active duty Army troops.

Under Trump’s plan to shut down the border, all migrants would be barred entry into the United States, even those coming here to seek asylum. Laws in our immigration system allow individuals desiring to enter the country by claiming they are fleeing persecution and applying for asylum. These individuals are usually held and receive a hearing, but this new move would put a stop to that with the justification being “national security.”

“The Trump administration would publish fast-track regulation that would restrict certain migrants’ ability to seek asylum. The regulation would be paired with a related proclamation from President Donald Trump,” according to Politico. But no full plan has been approved yet.

“The administration is considering a wide range of administrative, legal and legislative options to address the Democrat-created crisis of mass illegal immigration,” a White House official said. “No decisions have been made at this time. Nor will we forecast to smugglers or caravans what precise strategies will or will not be deployed.”

Trump is also preparing “to send as many as 1,000 active-duty Army troops to help secure the southern border — as he works to stop what he has called an ‘onslaught’ of immigrants only days before the midterm elections,” the New York Times reports.

Kirstjen Nielsen, head of the Department of Homeland Security, said Thursday that “everything is on the table.”

“If they come here illegally with no legitimate reason to stay, they absolutely will be apprehended and removed immediately,” she told Fox News. “They should be seeking refuge in Mexico. To ignore refuge and continue, in some cases, to come to the United States raises questions of what their real motives are.”

Trump has taken an increasingly hard line on the migrant caravan, which some news outlets say has swelled to 14,000 people. “To those in the Caravan, turnaround, we are not letting people into the United States illegally,” he wrote Thursday on Twitter. “Go back to your Country and if you want, apply for citizenship like millions of others are doing!”

To those in the Caravan, turnaround, we are not letting people into the United States illegally. Go back to your Country and if you want, apply for citizenship like millions of others are doing!

For those who want and advocate for illegal immigration, just take a good look at what has happened to Europe over the last 5 years. A total mess! They only wish they had that decision to make over again.

The United States has been spending Billions of Dollars a year on Illegal Immigration. This will not continue. Democrats must give us the votes to pass strong (but fair) laws. If not, we will be forced to play a much tougher hand.

President Trump’s plan is not likely going to go over well with liberals, especially those who already feel that his immigration policies, which happen to put American citizens first, are somehow discriminatory.

John Kasich’s Response to Caravan is Absolutely Disgraceful. Here’s What He Said.