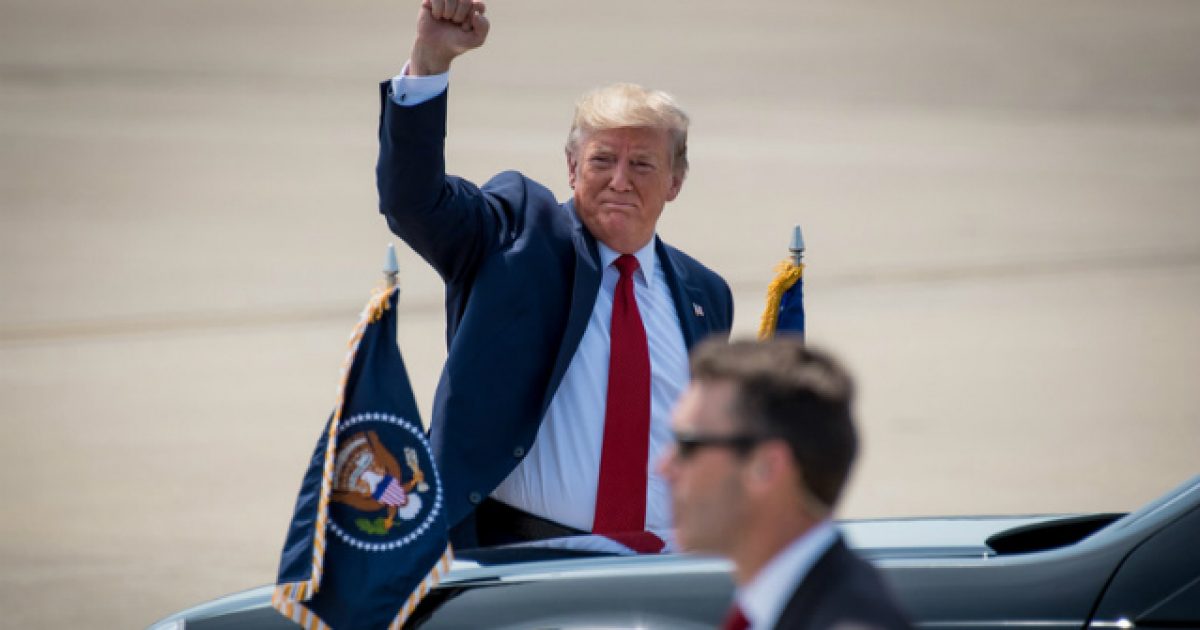 Tuesday evening’s Democratic presidential debate was an absolute dumpster fire, a complete clown show of totally epic proportions, a fact that even many Democrats and Democratic voters recognize.

The whole event might as well have been a political advertisement for President Trump’s reelection campaign because the only winner to come out of the evening was definitely the current commander-in-chief.

President Trump weighed in on the whole fiasco, calling the debate “crazy, chaotic,” two descriptors that fit the evening perfectly.

Trump sounded off on Tuesday’s debate, hosted by CBS News, on Wednesday morning in a pair of tweets upon returning to Washington, D.C., after visiting India.

“Crazy, chaotic Democrat Debate last night. Fake News said Biden did well, even though he said half of our population was shot to death. Would be OVER for most,” Trump said. “Mini Mike was weak and unsteady, but helped greatly by his many commercials (which are not supposed to be allowed during a debate).”

“Pocahontas was mean, & undisciplined, mostly aiming at Crazy Bernie and Mini Mike. They don’t know how to handle her, but I know she is a ‘chocker,'” Trump added. “Steyer was a disaster who, along with Mini, are setting records in $’s per vote. Just give me an opponent!”

Crazy, chaotic Democrat Debate last night. Fake News said Biden did well, even though he said half of our population was shot to death. Would be OVER for most. Mini Mike was weak and unsteady, but helped greatly by his many commercials (which are not supposed to be allowed….

After the debate was over, lots of folks had harsh words for the debate moderators, even more so than the actual candidates, for not keeping control of the situation and allowing it transform into a “dumpster fire.”

The South Carolina primary is scheduled to happen this Saturday. Guess we’ll find out what kind of impact this nightmare had on the hearts of voters.

ICYMI: Biden Appears Caught In Lie About Being Arrested On Way to Visit Nelson Mandela