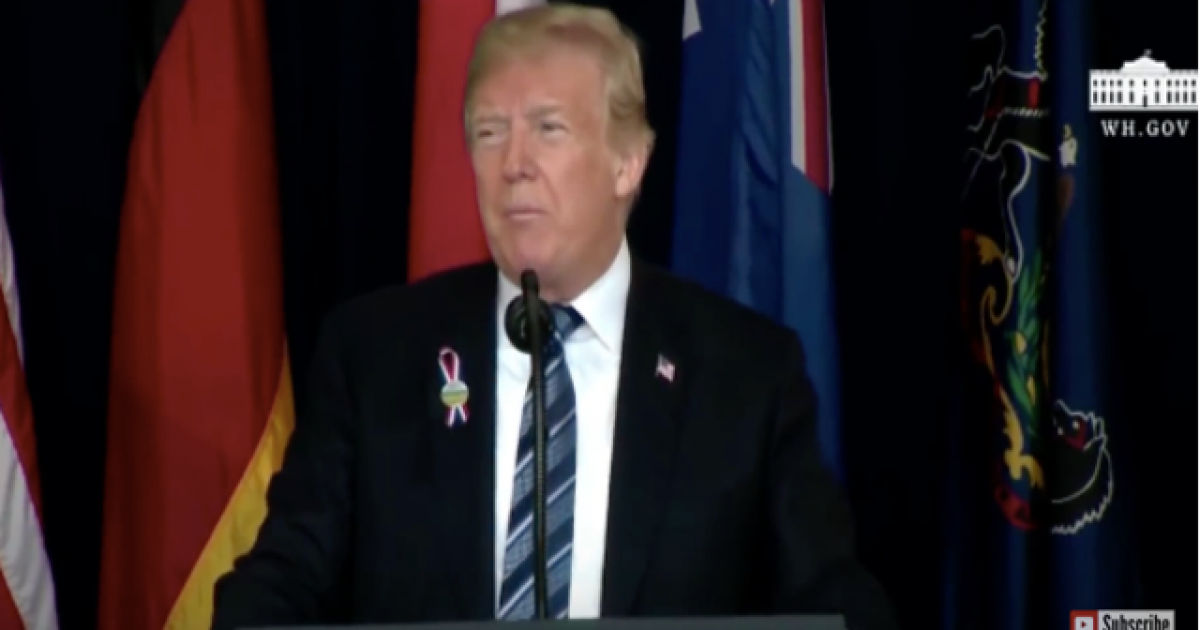 President Donald Trump spoke on the 17th anniversary of 9/11, delivering a speech that called to remembrance the brave sacrifice of the passengers aboard flight United 93 who purposefully crashed the plane to stop the terrorists.

“In the last 20 minutes, many placed their final calls home, whispering those eternal words, I love you,” he continued. “Some said the Lord’s prayer, and then they bravely charged the cockpit. They attacked the enemy, they fought until the very end, and they stopped the forces of terror and defeated this wicked, horrible, evil plan.”

The president said the crash site represents a monument to “American defiance” in the spirit of the Flight 93 passengers who fought back against the 9/11 hijackers and forced the plane down before it could strike Washington, D.C.

With this being such a sad, somber day for Americans across the country, especially for the families who lost loved ones during the attack, it’s critical to remember this act of heroism put on full display by these passengers who embody Jesus’ words about a true love being the laying down of one’s life for his friends.

These folks gave their lives so that these evil, wicked, degenerates could not carry out their plan of utter and complete destruction, saving who knows how many lives. We should forever be thankful to these individuals for the love they had for righteousness and justice.

Be sure to spend a few moments today reflecting on this horrific tragedy today and give honor to those who died.