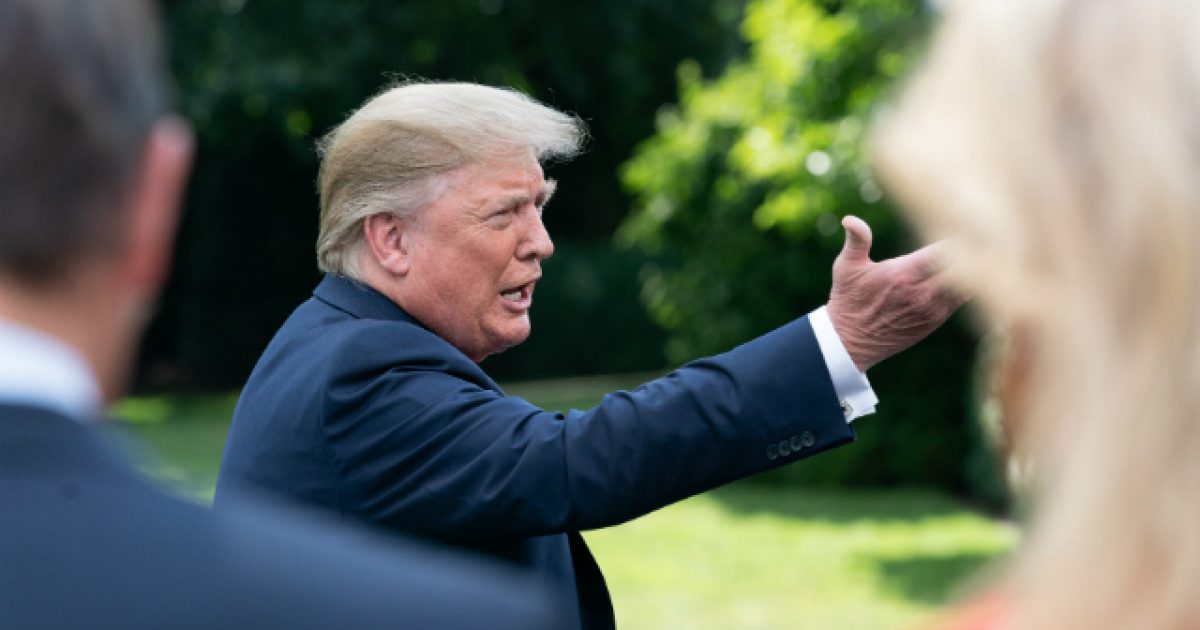 President Trump came out swinging for the fences after a NY Times report stated that a new book coming out by former national security adviser John Bolton claims that Trump told him to withhold aid to Ukraine unless they open investigations into political rivals like Joe Biden.

In fact, he not only denied the allegations, but went on to say that the whole thing is nothing more than a strategy used to market the book.

In leaked portions of his upcoming book, The Room Where it Happened, Bolton, 71, claimed that Trump told him he would not release military aid to Ukraine until officials there announced an investigation into Joe Biden and Hunter Biden. The details from the leaked memoir prompted several top Democrats to demand that Bolton testify before the conclusion of the Senate’s impeachment trial.

In a series of tweets early Monday morning, Trump claimed his former adviser was only making the allegations because they could boost book sales.

“I NEVER told John Bolton that the aid to Ukraine was tied to investigations into Democrats, including the Bidens,” Trump tweeted. “In fact, he never complained about this at the time of his very public termination. If John Bolton said this, it was only to sell a book.”

He continued, “With that being said, the transcripts of my calls with President Zelensky are all the proof that is needed, in addition to the fact that President Zelensky & the Foreign Minister of Ukraine said there was no pressure and no problems.”

I NEVER told John Bolton that the aid to Ukraine was tied to investigations into Democrats, including the Bidens. In fact, he never complained about this at the time of his very public termination. If John Bolton said this, it was only to sell a book. With that being said, the…

…(Democrats said I never met) and released the military aid to Ukraine without any conditions or investigations – and far ahead of schedule. I also allowed Ukraine to purchase Javelin anti-tank missiles. My Administration has done far more than the previous Administration.

The Democrat controlled House never even asked John Bolton to testify. It is up to them, not up to the Senate!

The question we all need to be asking now is whether or not the excerpts and the statement by Bolton are enough to put pressure on the GOP members of the Senate to join with Democrats in supporting calling up witnesses to testify in the impeachment trial.

Lots of folks on the left think this will happen, but that seems like a long shot to say the least. At this point, it almost seems like a foregone conclusion that Trump will not be removed from office and this whole thing will be a waste of time.

ICYMI: Ocasio-Cortez Says Dem Party Is A ‘Center-Conservative Party’ — Not A ‘Left Party’