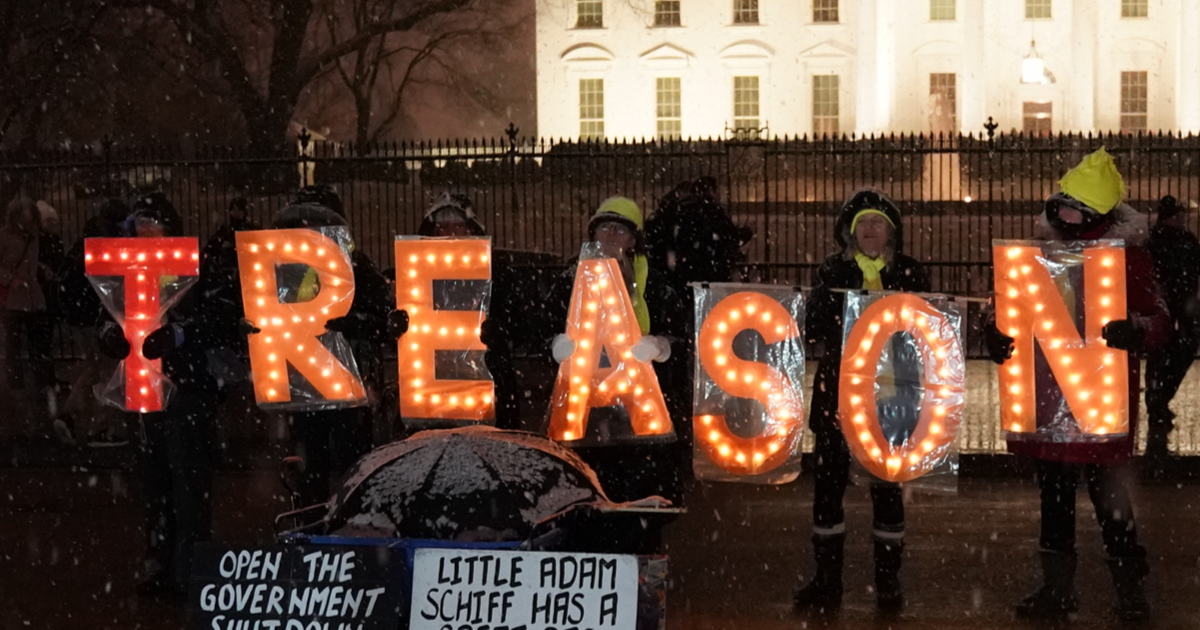 Unsurprisingly, President Trump’s mood has been enhanced by the findings of the Mueller report, in which the Commander in Chief was not charged with a crime.

The media is spinning, whirling, if you will.  The American people are still divided, maybe even more hotly than before.  The politicians are still spewing the same hot air as before Robert Mueller mercifully ended his nearly two-year-long investigation, but, now, the President has a huge win headed into the meat of the 2020 election cycle.

And, if there was any question as to whether or not the President was planning on bludgeoning the left from the bully pulpit, I believe we have our answer.

“There are a lot of people out there that have done some very very evil things, very bad things. I would say treasonous things against our country,” Trump said. “And hopefully, people that have done such harm to our country, we’ve gone through a period of really bad things happening. Those people will certainly be looked at. I have been looking at them for a long time.”

That quote came as the President was speaking to reporters in The White House.

Who, exactly, are the traitors?  Trump has not made that clear.

Trump did not specifically name the people he wanted to be investigated but hinted that they had a lot to do with triggering the special counsel investigation.

“Why haven’t they been looked at? They lied to Congress. Many of them, you know who they are,” he said. “They’ve done so many evil things.”

Washington, and the nation, will move forward.

Democratic Congresswoman Claims to Have Evidence That Mueller Didn’t