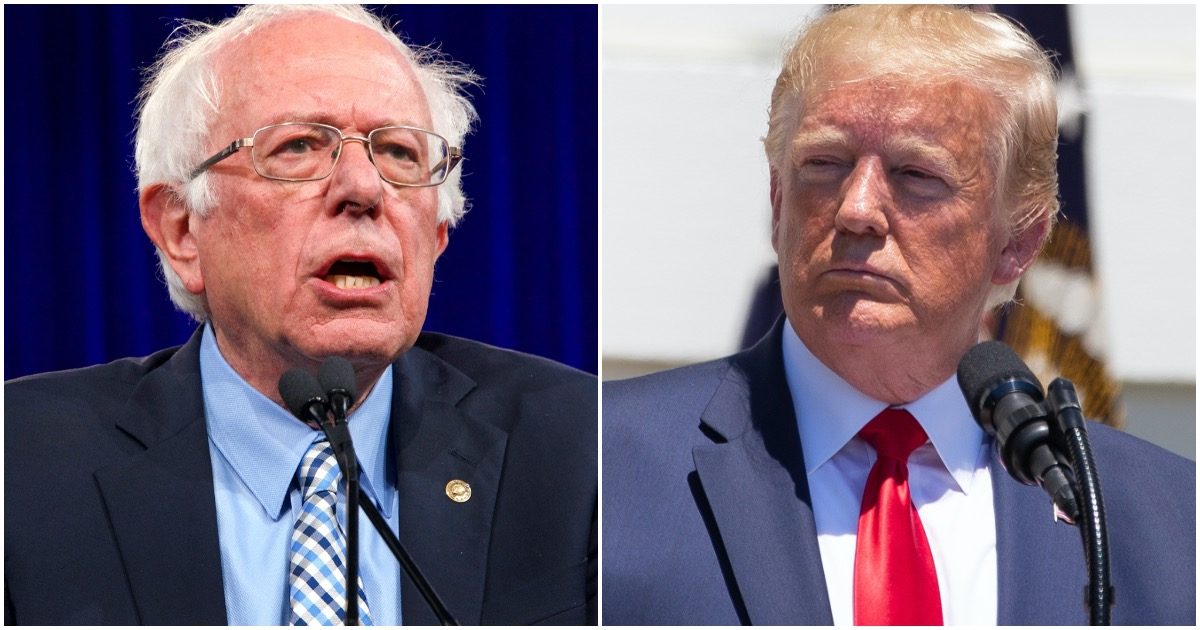 You might’ve been too busy before the Super Bowl to catch President Trump’s interview with Sean Hannity. If that was the case, you missed POTUS’s thoughts on radically far-left 2020 hopeful Bernie Sanders. Here’s what he said (with video below), via Newsmax:

President Donald Trump on Sunday said he sees one of his potential rivals in the November election as a “communist” in a pre-Super Bowl game interview on Fox broadcast network.

During a “lighting round” Hannity threw out various names and asked Trump to give his reaction. When the got to Sanders, the self-avowed democratic socialist currently seeking the Democratic nomination for prsident Trump said, “I think he’s a communist. I mean, you know, look, I think of communism when I think of Bernie.

Trump calls Bernie Sanders a communist in a preview of what he would do if Sanders won the Democratic nomination. pic.twitter.com/DvYArL8Put

It physically hurts to read this tweet from Sanders, but you have to see it…

The Constitution is a document that limits government power, government regulations, and government interference which is polar opposite of your Domestic platform.