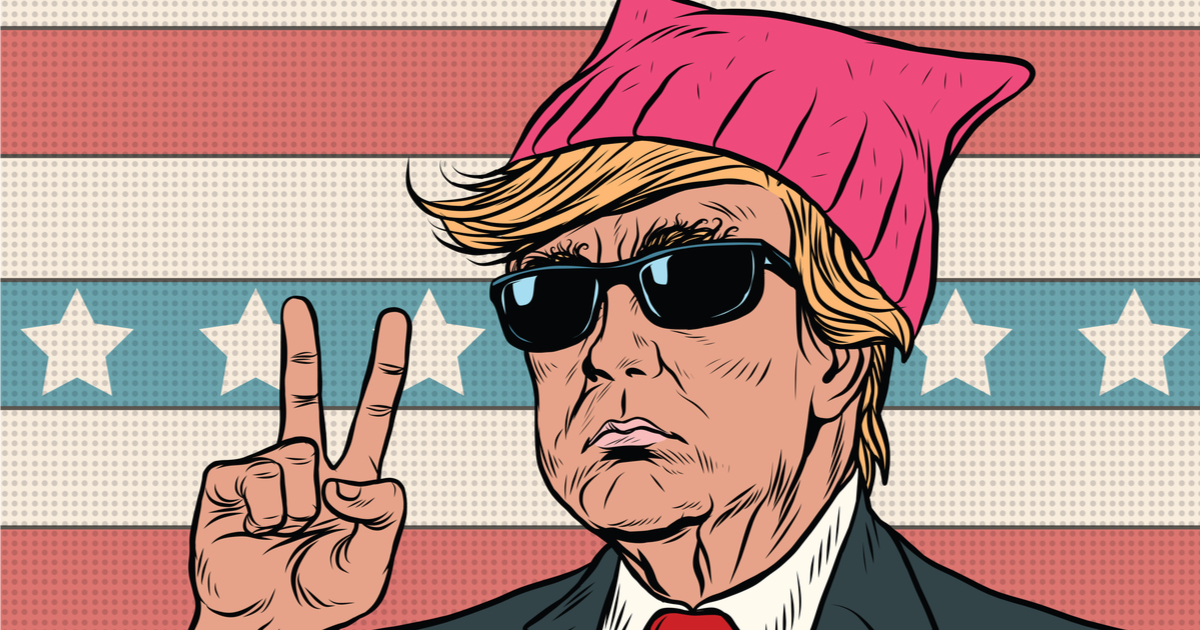 In spite of what you may have heard from the mainstream media, Donald Trump is not some women-hating sexist.

Where the left got this idea is unknown, but the bewildering supposition has been lurking around “resistance” circles for years.  Trump is somehow the supreme bigot, racist, sexist ever, in every category imaginable, because the left has now been conditioned to oppose at all costs.

What the left forgets is that Donald Trump has surrounded himself with women on the campaign trail, at the UN, and in The White House.  Kellyanne Conway was the first female campaign manager to ever win a presidential election.  Ever.  President Trump has Sarah Sanders smacking the press around like they owe her money on a semi regular basis, which is one heck of an empowering thing to see for women, especially young women.

Now, the President is going to continue this streak of empowerment with a poignant message during his State of the Union address.

Pelosi behind and above. Female immigrants, gazing down from the balcony. A black woman who ran a close race for governor of Georgia, rebutting.

When President Donald Trump delivers his first State of the Union address under divided government on Tuesday, he’ll be surrounded by these and other living reminders of the 2018 elections that delivered Democrats the House majority and a record number of women to Congress.

House Speaker Nancy Pelosi will sit just over his shoulder on the dais, on-camera, looking out at the assembled lawmakers, Cabinet members, Supreme Court justices and diplomats. Seated in front of Trump will be a record number of women House members, most Democrats and some dressed in easy-to-spot white. And in the gallery overhead? Two former employees of Trump’s New Jersey golf club, women and immigrants, who have spoken out about its hiring practices.

In anticipation of Abrams’ rebuttal, the President kept it classy.

“I hope she does a good job. I respect her,” Trump said Thursday of Abrams, who narrowly lost the race for Georgia governor to the president’s ally, Brian Kemp. The president pledged to deliver a speech rooted in a theme of “unity,” even as he renewed his demand for a border wall as a condition of keeping the government open past Feb. 15. Before he spoke in the Oval Office Thursday, Pelosi again rebuffed the demand and belittled him on national security matters.

Somehow, the left may still find a way to tell us that President Trump is a sexist after all of this.