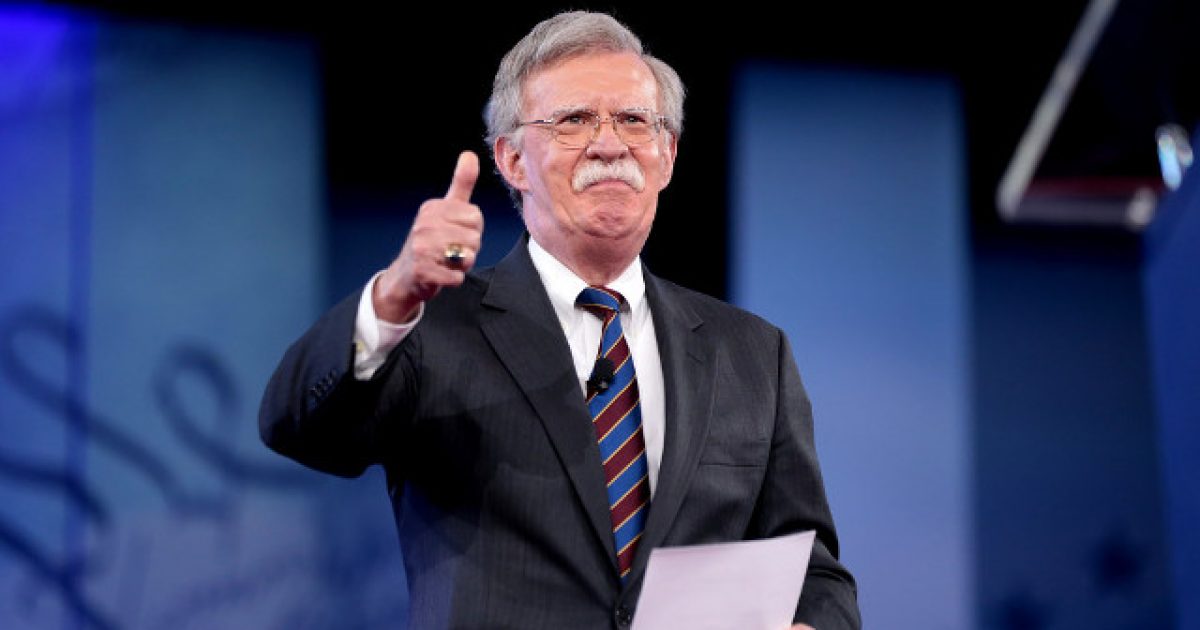 President Trump announced Tuesday morning that national security adviser John Bolton was booted from his office, the president having asked for his resignation.

The fact President Trump is making yet another change in his administration is no surprise as it constantly seems to be in a state of flux, which can be both good and bad depending on what Trump wants to accomplish.

Here’s what we know so far about the Bolton situation.

“I informed John Bolton last night that his services are no longer needed at the White House. I disagreed strongly with many of his suggestions, as did others in the Administration, and therefore I asked John for his resignation, which was given to me this morning,” Trump tweeted. “I thank John very much for his service. I will be naming a new National Security Advisor next week.”

….I asked John for his resignation, which was given to me this morning. I thank John very much for his service. I will be naming a new National Security Advisor next week.

It’s understandable why the president would ask for the man’s resignation. A successful administration has folks that gel well with others and that allow folks to be on the same page, while also still being open to challenging suggestions and ideas for solutions to problems facing America.

From what Trump has said, this was a critical component that was missing from Bolton’s services to the White House. Let’s hope the next person selected for this position helps take Trump’s agenda for making America a respected player on the geopolitical stage and keeping our nation safe from outside threats and elevates it to the next level.