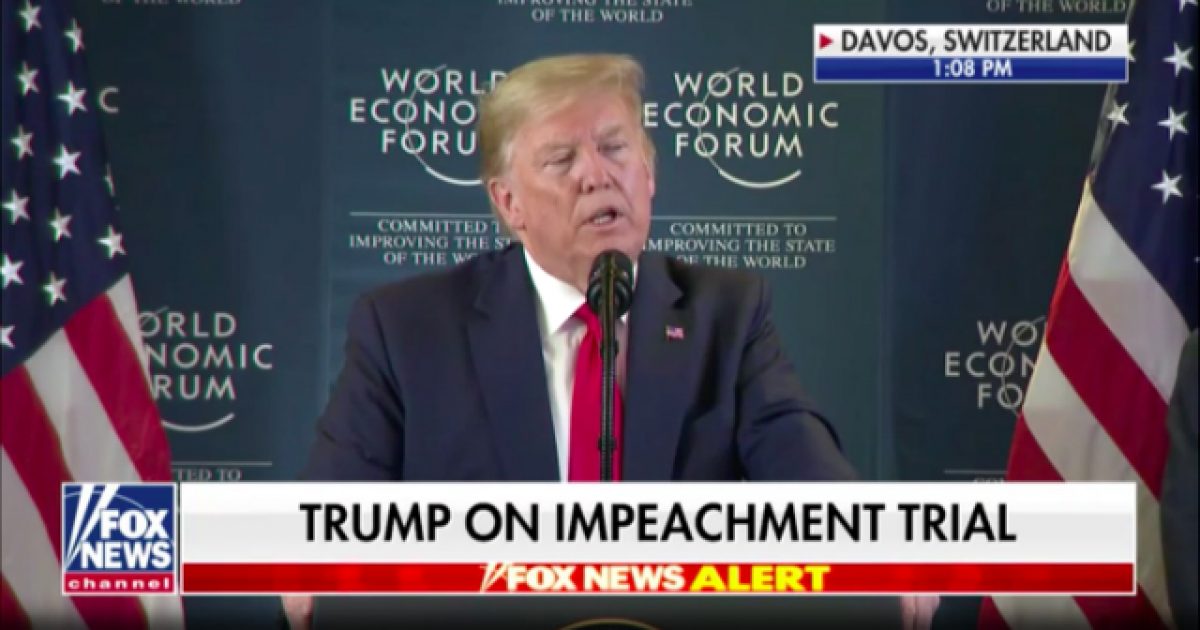 President Trump is clearly getting fed up with all of the impeachment nonsense that is going on right now, a sentiment he made rather clear when he opted to take House Intelligence Committee Chairman Adam Schiff and other House impeachment managers to task, calling them “sleazebags” and stating that he would “love” to attend the Senate trial.

In the hastily called press event before Trump was to return to Washington, the president delivered an unsparing assessment of impeachment proceedings, which moved into full swing a day earlier and will resume later Wednesday with opening arguments.

While making clear he’s reluctant to approve any new witnesses to testify, he floated — perhaps playfully — the idea of personally attending the trial, if only to antagonize the Democrats.

“I’d love to go, wouldn’t that be great?” he said when asked whether he would attend. “Sit right in the front row and stare at their corrupt faces, and I’d love to do it.”

The president joked that the press should not keep talking about his possible attendance or “you may convince me to do it.”

Trump lit into Jerry Nadler, lead manager and House Judiciary Committee Chairman, by saying, “First of all, Jerrold Nadler, I’ve known him a long time, he’s a sleazebag. Everybody knows that.”

The president continued, “I watched the lies from Adam Schiff. He’s a liar and he’s a fraud. These are major sleazebags. It’s a total hoax. It’s a disgrace. They talked about their tremendous case and it’s all done. They had no case…it’s a con-job.”

President Trump is definitely not one to hold back his truth thoughts on a subject, which is refreshing given we live in a day and age surrounded by political correctness where people don’t really say what they mean for fear of offending people.

What kind of political atmosphere is going to come from the Senate trial remains to be seen.