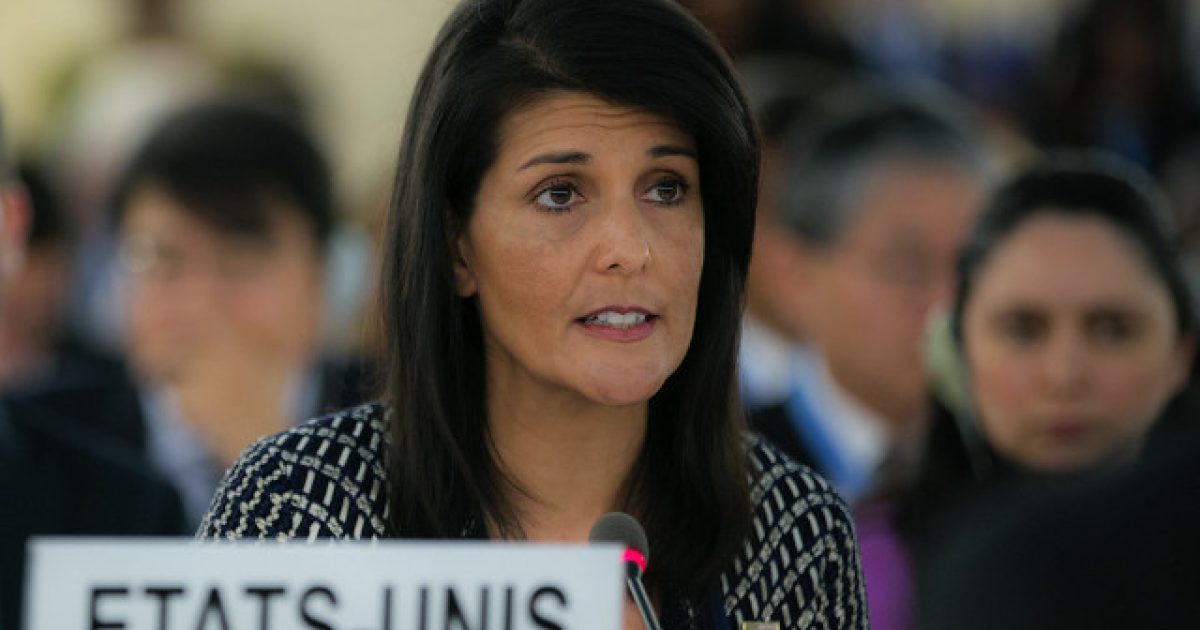 Rumors have been circulating that President Trump was going to dump Vice President Mike Pence in the 2020 presidential election and replace him with Nikki Haley. However, Trump recently quashed those rumors stating that he was definitely sticking with Pence for the upcoming election.

Here’s what Trump had to say about the rumors via The Washington Examiner:

“He’s my guy, he’s my friend,” he said in a rambling telephone interview with Fox & Friends that lasted almost an hour.

A new book by an anonymous author, who claims to be a senior administration official, reignited the rumors with details that Haley had been floated as V.P. pick in order to improve Trump’s support among women.

“On more than one occasion, Trump has discussed with staff the possibility of dropping Vice President Pence in advance of the 2020 election,” the official wrote in A Warning, published this week.

Haley won plaudits for her tenure as Trump’s ambassador to the United Nations, where she impressed foreign diplomats by standing up for U.S. interests while building consensus when necessary.

While many of the individuals who have left the Trump administration have done so after being booted, Haley’s departure was on her own terms. This caused many folks to wonder if Haley had further political aspirations that she wanted to pursue, including a possible 2024 presidential bid.

Haley recently released a book called With All Due Respect: Defending America With Grit And Grace and emerged back into public life with a book tour.

Trump did state that Haley would be involved in the presidential campaign, but said “Mike Pence is a great vice president. He’s our man 100 percent.”