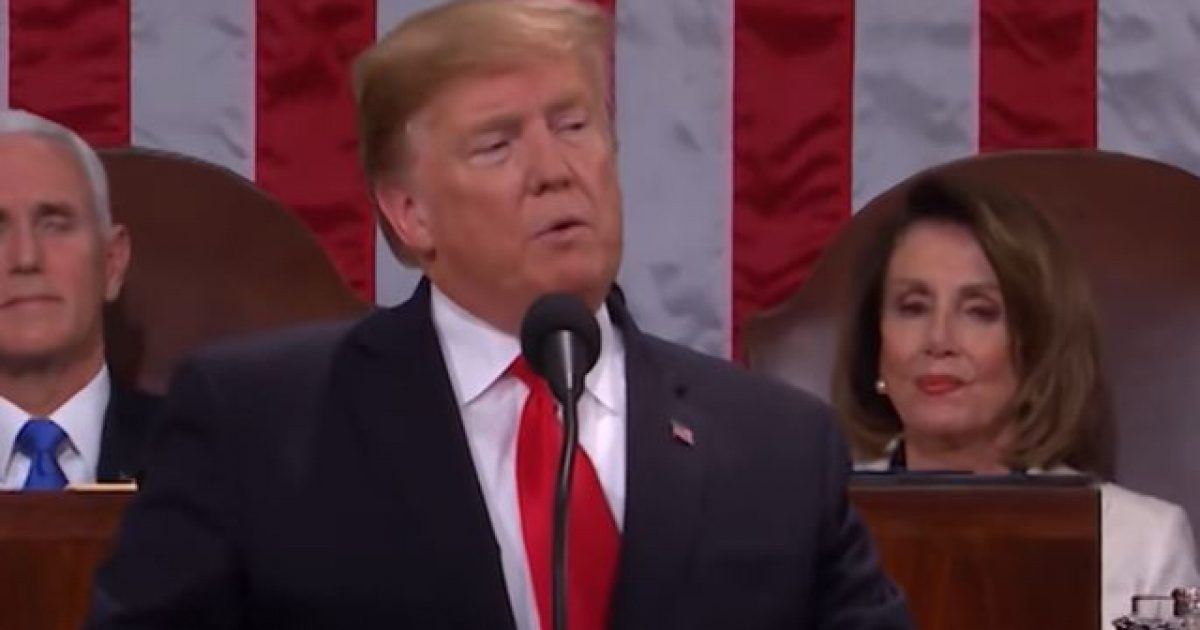 President Trump came out and stated that he believes that what House Speaker Nancy Pelosi did during the State of the Union address — ripping up his speech — was illegal, and the thing is, he might actually be correct.

Pelosi, 79, became the talk of the town Tuesday evening when she made a complete spectacle of herself by first not announcing the president properly and then by ripping up his speech at the end of the address.

“I thought it was a terrible thing when she ripped up the speech,” Trump, 73, told reporters on Friday. “First of all, it’s an official document. You’re not allowed. It’s illegal what she did. She broke the law, but I haven’t been asked a question other than a lot of people that viewed it, they couldn’t believe that she did it. I thought it was very disrespectful to the chamber, to the country.”

A number of Trump’s Republican allies in Congress HAVE pledged to take action against Pelosi after the ripped up her paper copy of the speech. The Democrat-led House voted down a Republican resolution condemning Pelosi for the stunt.

What Pelosi did was clearly a stunt aimed at making her look hard edged while also adding a little balm to the wounds of the left who she probably knew were going to be disappointed with the results of the impeachment vote the following day.

The stunt was clearly pre-planned, as video of the event shows her pre-ripping pages to make sure she could actually do it when it came time to tear it up.

Seeing as how Pelosi’s actions represent the House, this is a major violation of decorum and she deserves to be held accountable for it.

Trump Says Congress Should Expunge Impeachment From His Record