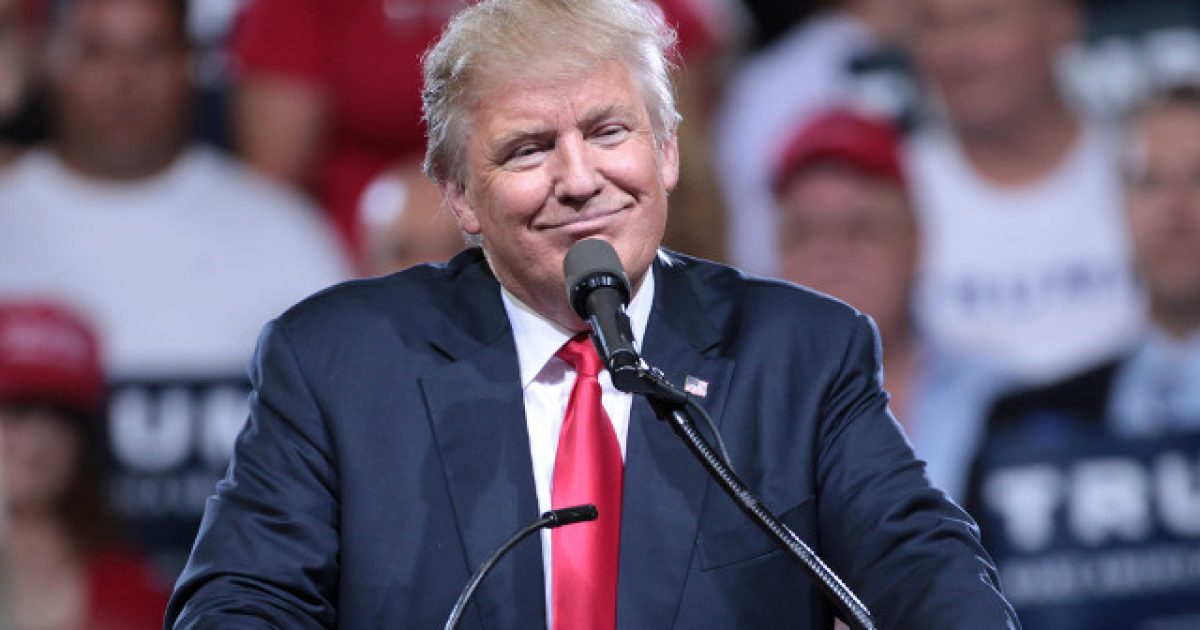 Liberals in modern America are always on the prowl for the next situation they can have an overblown knee-jerk reaction over, particularly as it relates to President Trump, but the latest display of fake outrage to come from the left is so ridiculous it’s enough to launch you into a series of eye rolls.

Not only is the left currently losing their minds over the confirmation of Brett Kavanaugh, they’re also gasping for breath because the president is celebrating Columbus Day on, well, Columbus Day.

“Christopher Columbus’s spirit of determination & adventure has provided inspiration to generations of Americans,” Trump tweeted. “On #ColumbusDay, we honor his remarkable accomplishments as a navigator, & celebrate his voyage into the unknown expanse of the Atlantic Ocean.”

Christopher Columbus’s spirit of determination & adventure has provided inspiration to generations of Americans. On #ColumbusDay, we honor his remarkable accomplishments as a navigator, & celebrate his voyage into the unknown expanse of the Atlantic Ocean. https://t.co/Mg3dxRfPuN

As noted by Daily Wire podcast host Michael Knowles, the Marxist professors of the world have unfairly sullied Christopher Columbus’ good name in pursuit of social justice. Contrary to the slanderous charges of genocide, the accomplished explorer, deserves his place in the canon of Western history as a devout Catholic who aided in the discovery of what we today know as America.

Though the Natives undoubtedly experienced cruel treatment at the hands of Spanish Conquistadors, their sins have been falsely attributed to Columbus, according to Stanford professor emerita Carol Delaney. “They are blaming Columbus for the things he didn’t do,” she explains. “It was mostly the people who came after, the settlers. I just think he’s been terribly maligned.”

None of this matters, of course. In the age of “Indigenous People’s Day,” the President’s celebration of Columbus is akin to endorsing racism, according to the Left:

Columbus never stepped foot on American soil, enslaved and mutilated native people and was eventually arrested and brought back to Spain for the mistreatment of Spanish colonists.

As you can see, one of the symptoms of being infected with left-wing insanity is that you are no longer capable of understanding historical fact in its proper context.

Then again, public schools are revising history to the point that it’s almost unrecognizable from the events that actually transpired.

The real question at this point is what these folks will find to get mad over next. That’s the one thing they’ve become pretty creative at.