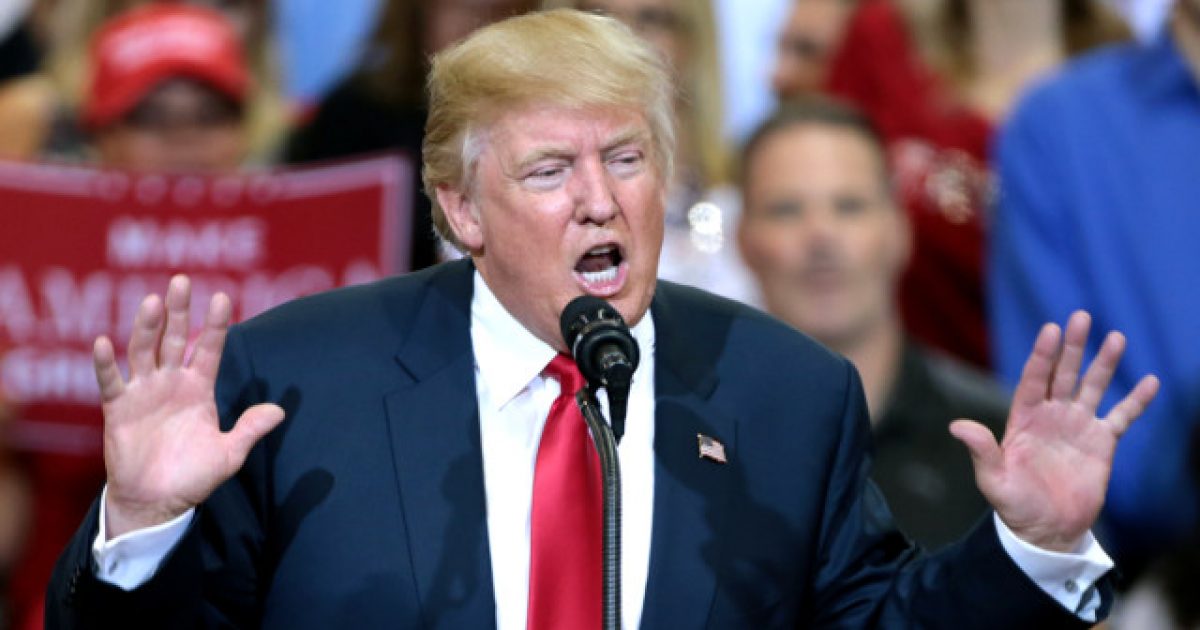 President Trump has found himself once again under attack by liberals in the mainstream media and in the entertainment industry for upholding our nation’s current immigration policies, which have led to accusations of ripping children of illegals from their parents.

The problem, of course, is that former President Barack Obama had the same policies on the books and upheld them, going so far as to keep the children “locked up in cages,” yet there was no public outcry from progressives at the time, because well, no one would dare challenge the first black president on questionable policy out of fear of being labeled racist.

Well, Trump is, as usual, not taking the garbage being tossed at him and is doing his fair share of counterpunching.

Among the tweets is Trump’s quote from a Drudge Report headline: “OBAMA KEPT THEM IN CAGES, WRAPPED THEM IN FOIL,” a reference to widely circulated images from the Obama era showing unaccompanied migrant minors sleeping under foil blankets in cages in detention centers that activists falsely attributed to the Trump administration.

“We do a much better job while at the same time maintaining a MUCH stronger Border! Mainstream Fake Media hates this story,” wrote Trump.

Drudge Report “OBAMA KEPT THEM IN CAGES, WRAPPED THEM IN FOIL” We do a much better job while at the same time maintaining a MUCH stronger Border! Mainstream Fake Media hates this story.

It’s very sad that Nancy Pelosi and her sidekick, Cryin’ Chuck Schumer, want to protect illegal immigrants far more than the citizens of our country. The United States cannot stand for this. We wants safety and security at our borders!

House Republicans could easily pass a Bill on Strong Border Security but remember, it still has to pass in the Senate, and for that we need 10 Democrat votes, and all they do is RESIST. They want Open Borders and don’t care about Crime! Need more Republicans to WIN in November!

Such a difference in the media coverage of the same immigration policies between the Obama Administration and ours. Actually, we have done a far better job in that our facilities are cleaner and better run than were the facilities under Obama. Fake News is working overtime!

Hiring manythousands of judges, and going through a long and complicated legal process, is not the way to go – will always be disfunctional. People must simply be stopped at the Border and told they cannot come into the U.S. illegally. Children brought back to their country……

….If this is done, illegal immigration will be stopped in it’s tracks – and at very little, by comparison, cost. This is the only real answer – and we must continue to BUILD THE WALL!

The bottom line is, if you’re going to be offended by Trump enforcing the current laws, then you should’ve been out on the frontlines, protesting against this same policy back when it was being enforced by the last occupant of the White House.

Instead, the left chose political correctness over implementing “justice” and helping other people. It’s simply the application of the progressive worldview, which tends to allow injustice to flourish out of fear of offending others.

Unfortunately, hypocrisy is part and parcel with liberals and it doesn’t appear that’s going to change any time soon. What makes this even more delicious is the fact the left just simply doesn’t know what to do with Trump’s unwillingness to become a punching bag for their agenda, firing back every chance he gets.