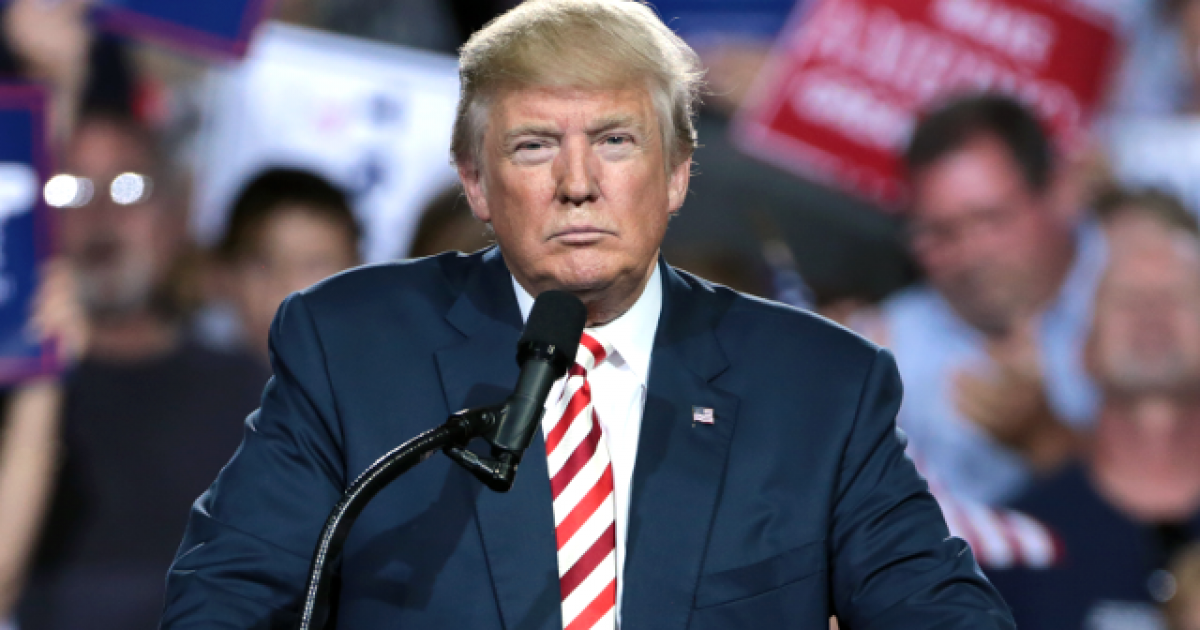 The Trump administration has kicked off a petition against ESPN, railing against the sports network due to their National Anthem policy, further cementing the president’s stand on the whole NFL protest debacle that’s been unfolding for the last several years.

ESPN announced over the weekend that it would not be broadcasting the National Anthem during “Monday Night Football” broadcasts, though to be fair, this particular policy has actually been around for a bit.

Trump attacked ESPN’s statement on the matter during a rally Tuesday in West Virginia.

“You’re proud of our country, you’re proud of our history, and unlike the NFL, you always honor and cherish our great American flag,” Trump told the crowd at the rally. “It was just announced by ESPN that rather than defending our anthem, our beautiful, beautiful national anthem and defending our flag, they’ve decided that they just won’t broadcast when they play the national anthem. We don’t like that.”

On Wednesday, the Trump administration sent out an email to supporters who signed up to receive such communications.

The email revealed that Trump is quite unhappy with ESPN as a result of its stance on the national anthem — hence the petition.

Just after we heard a sitting governor trash America, ESPN has now decided it will no longer play the National Anthem before Monday Night Football.

If “America” is too offensive for anyone in our country, then what are they doing in America?

I’m calling on you to join me in denouncing the SPINELESS surrender to the politically correct liberal mob.

I was the first person to sign this petition. Now I need you to follow my lead and be the second.

The NFL anthem issue is getting the attention of ⁦@realDonaldTrump⁩. The President says he’s starting petition telling ESPN to rescind decision about not playing national anthem before MonNightFootball ⁦@WKRN⁩ pic.twitter.com/QmpsFgsLwV

Look, it’s understandable that the president has deep passions about this issue, as it seems a lot of American citizens do too and support his stance on the problem. However, perhaps his time would be better served focusing on economic issues and foreign policy challenges, two things he’s excelled at during his time in office.

That’s not to say this isn’t an important issue, but perhaps it’s one we as citizens and fans of the sport of football ought to handle ourselves by opting to not watch games on television or attend events in person?

Regardless, it’s wonderful to see a president who loves his country so much. Patriotism is a rare thing this day and age.