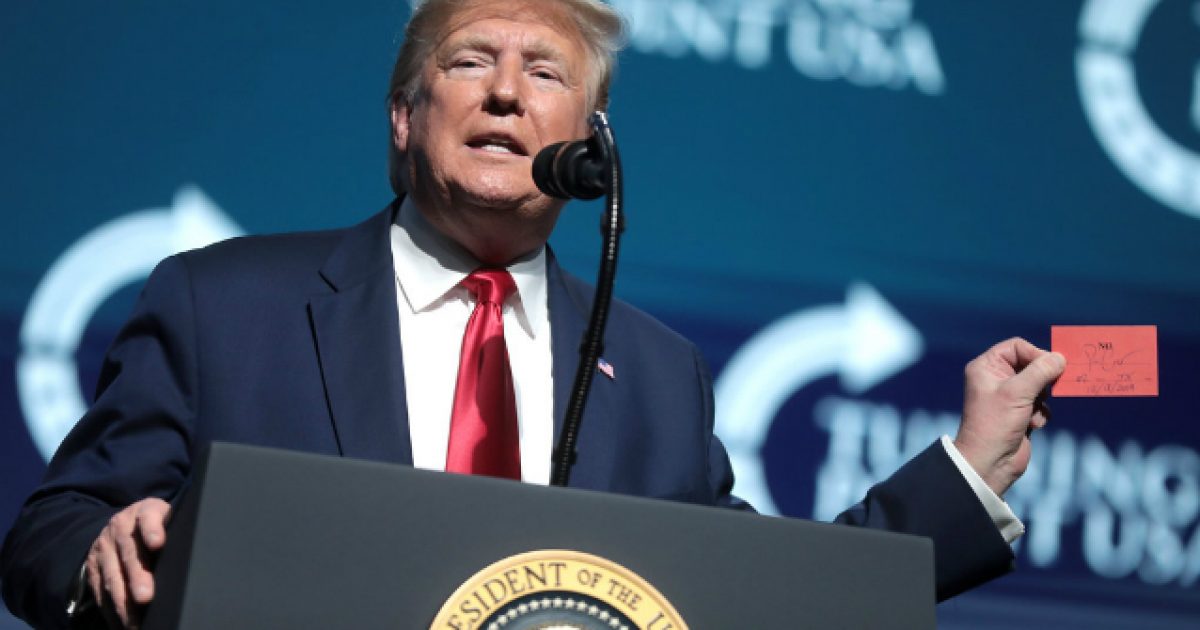 President Trump has been sparring back and forth with current Democratic presidential candidate Mike Bloomberg on social media, which is nothing new to those familiar with how the current world of politics works.

However, what’s made this little spat so interesting is the fact that Trump has issued a warning to the other candidates vying for the Democratic Party nomination, saying that if Bloomberg doesn’t get the nomination he won’t use his money to help support whoever does become the nominee.

Taking aim at the former New York City mayor, Trump tweeted on Thursday morning that “Mini Mike Bloomberg is playing poker with his foolhardy and unsuspecting Democrat rivals. He says that if he loses (he really means when!) in the primaries, he will spend money helping whoever the Democrat nominee is. By doing this, he figures, they won’t hit him as hard….during his hopeless ‘presidential’ campaign. They will remain silent!”

Mini Mike Bloomberg is playing poker with his foolhardy and unsuspecting Democrat rivals. He says that if he loses (he really means when!) in the primaries, he will spend money helping whoever the Democrat nominee is. By doing this, he figures, they won’t hit him as hard….

The president then claimed: “The fact is, when Mini losses, he will be spending very little of his money on these ‘clowns’ because he will consider himself to be the biggest clown of them all — and he will be right!”

This prediction by Trump would appear to fly in the face of plans by an allied Bloomberg group to spend millions attacking Trump over the airwaves regardless of whether Bloomberg wins.

Bloomberg wasted no time shooting back:

It shouldn't be this easy to distract the President of the United States. https://t.co/rCSIBIKbkF https://t.co/LMgqvV9PAH

Bloomberg has said time and time again that he will back whoever the eventual nominee is if it isn’t him, but whether that actually happens is something we’ll just have to wait to see.

Trump knows what he’s doing politically, and there’s probably a good chance he’s right on this one. It will be an interesting primary for sure.