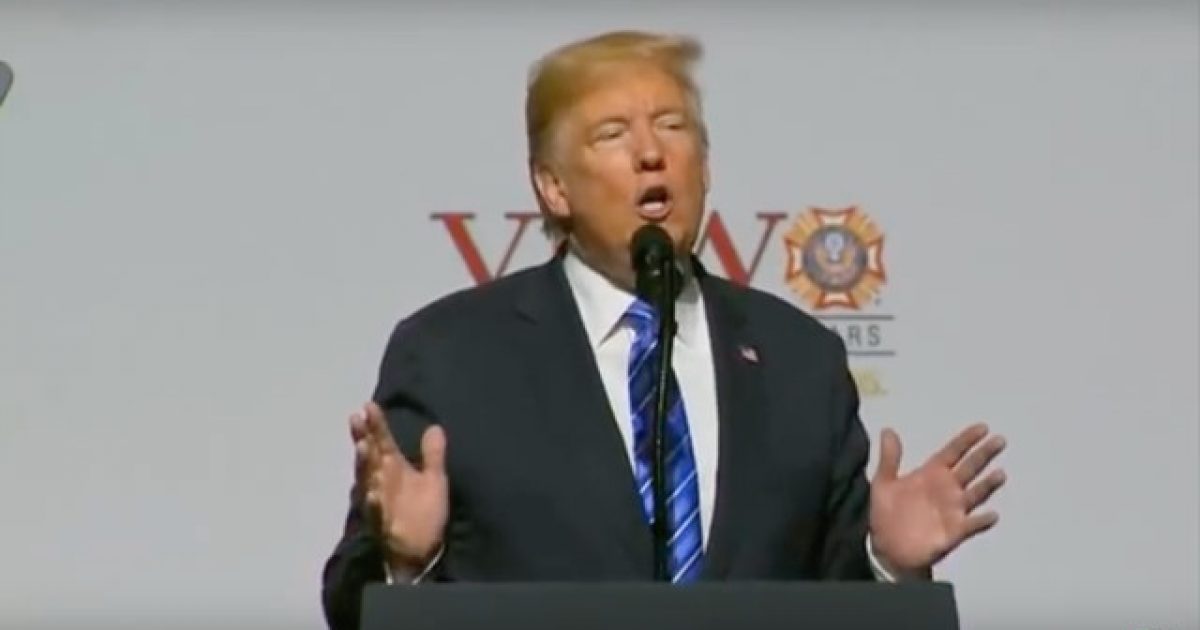 President Trump, speaking at the Veterans of Foreign Wars of the United States National Convention, completely obliterated Rep. Maxine Waters and her brainwashed followers for comments they’ve made about wanting to abolish the Immigration Customs and Enforcement agency for upholding immigration laws and deporting illegals.

Trump has previously referred to Waters as a “very low IQ person” on Twitter and has doubled down on his statement, also including Waters’ supporters in this category of individuals.

“Instead of supporting our ICE officers, many of these Democrat politicians who are really disciples of a very low IQ person, Maxine Waters, and perhaps even worse, Nancy Pelosi, they’ve launched vicious smears on the brave men and women who defend our communities,” Trump said Tuesday during remarks at the Veterans of Foreign Wars of the United States National Convention.

“ICE is tough and smart,” Trump said. “They track them down and they stop a tremendous amount of crime, and these are great people, and they are not being treated properly.”

More than one-third of ICE officers, he continued, are veterans.

“But Democratic politicians want to abolish ICE,” Trump said. “They want to see open borders. Can you imagine?”

There’s a growing number of Democrats in Congress who are jumping on the “abolish ICE” bandwagon including Sen. Elizabeth Warren, Sen. Kirsten Gillibrand.

Much of the backlash against ICE stems from immigration raids that have been conducted during the Trump administration where children have been separated from their families at the border.

Strangely, everyone wants to blame ICE for this, but no one wants to point the finger at the individuals who are knowingly breaking our immigration laws to enter the country through means other than those outlined in the law.

These individuals know full well what they are doing and the risk they are taking. If they truly care about keeping their families together, they would refrain from crossing the border illegally and come to this country the right way.

Boy Passes Out on Tarmac, Check Out How Vice President Pence Responded