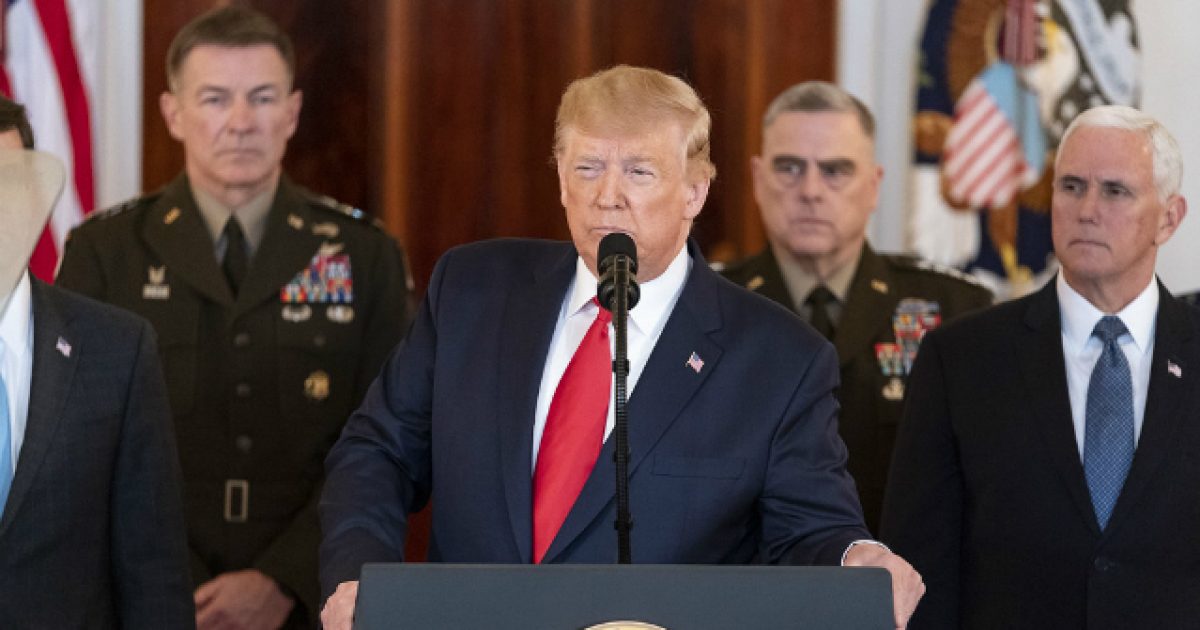 President Trump has announced plans for a press conference on Friday afternoon at 3 P.M. to further address the coronavirus crisis sweeping across America and threatening the economy and American life.

News outlets are being told that the president is going to declare a national emergency.

I will be having a news conference today at 3:00 P.M., The White House. Topic: CoronaVirus!

The announcement comes as major sporting and other events are called off or postponed, businesses across the country institute telework policies, government buildings and schools shutter and other disruptions rock the nation, amid efforts to curb the transmission of the virus. It also comes amid conflicting reports over whether another person who came in contact with Trump in recent days — Brazil’s President Jair Bolsonaro — tested positive.

Bolsonaro’s son Eduardo initially told Fox News that they were doing further testing to confirm the diagnosis. But minutes later, he told Fox News’ “America’s Newsroom” that the test came back negative.

Bolsonaro had been tested after one of his deputies, who also attended meetings at Mar-a-Lago with the president and vice president, tested positive for COVID-19.

Sen. Lindsey Graham stated on Thursday that he was under self-quarantine after being in attendance at the meeting between Trump and Bsolsonaro’s team at Mar-a-Lago.

As of this writing, President Trump himself has not been tested for the coronavirus, despite having met with several individuals who have tested positive for the virus.