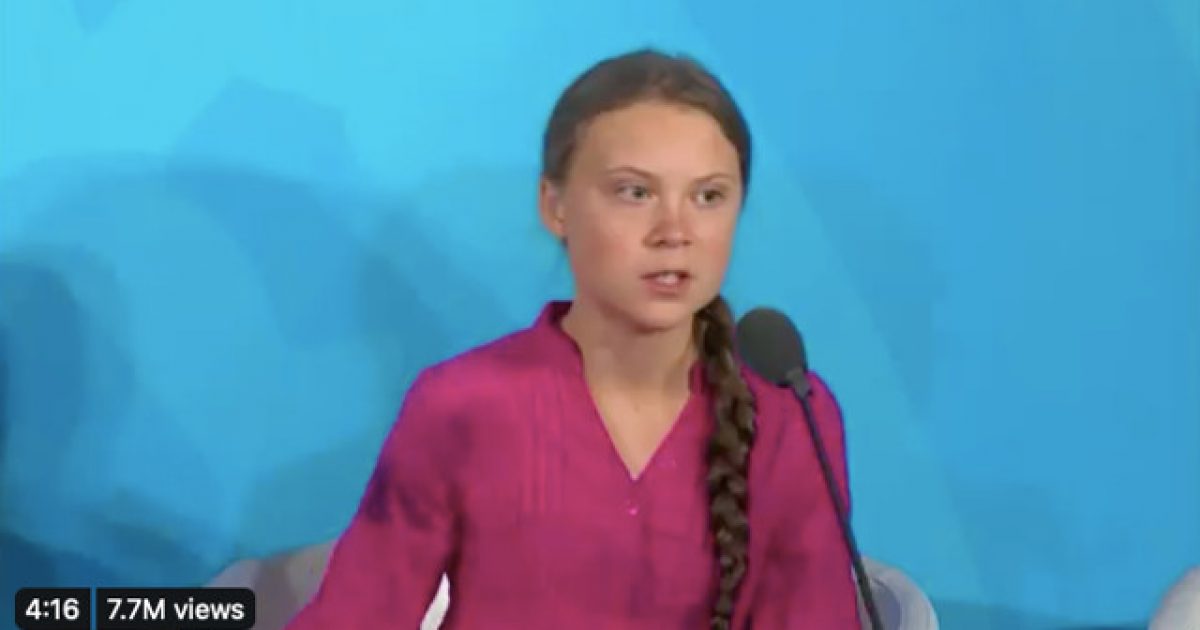 One of the things that President Trump is a total master of is trolling the left without mercy, embarrassing them on every possible level for the insane worldview and policy issue positions they tend to hold.

It’s always a hilarious, glorious experience to behold, totally entertaining to the max.

Trump’s latest victim of trolling is left-wing climate extremist Greta Thunberg who gave a highly controversial and much maligned speech at the United Nations.

As you can probably guess, the Internet exploded after Trump’s comments.

Thunberg delivered a melodramatic speech in which she repeatedly condemned adults, saying, “how dare you!” while claiming “we are in the beginning of a mass extinction.”

Trump responded to the speech by tweeting: “She seems like a very happy young girl looking forward to a bright and wonderful future. So nice to see!”

She seems like a very happy young girl looking forward to a bright and wonderful future. So nice to see! https://t.co/1tQG6QcVKO

Willie Garson tweeted: “He has now officially broken me. A horrible evil world leader, trolling a 16 year old with Asperger’s, for passionately discussing scientific facts. And the comments support him. I’m done, these people are not decent, Patriots, or humans. We are amidst monsters.”

Amr Khalifa tweeted: “The most unfeeling ‘person’ on earth bullying a teenager who has done more with her life at 16 than he has done in 4 times the lifespan. #GretaThurnberg”

John Aravois tweeted: “Tell me again why Trump’s minor son can’t even be mentioned by name while he attacks a 16 y.o. girl.”

Charles Johnson tweeted: “This is the president of the US, joining in the right wing attacks on @GretaThunberg. You knew he would, but damn.”

Look, this kid is the victim of abuse. She’s being used as a political pawn by the left, who clearly have no morals or scruples about putting a child like this out there to be a mouthpiece for an issue she likely doesn’t fully understand.

To be honest, the vast majority of folks don’t have a full understanding of climate change, which is precisely why no actions should be suggested until all the facts are known.

Thunberg’s parents should be ashamed of themselves for taking advantage of a young girl in order to garner fame for themselves. This is what’s wrong with this generation.