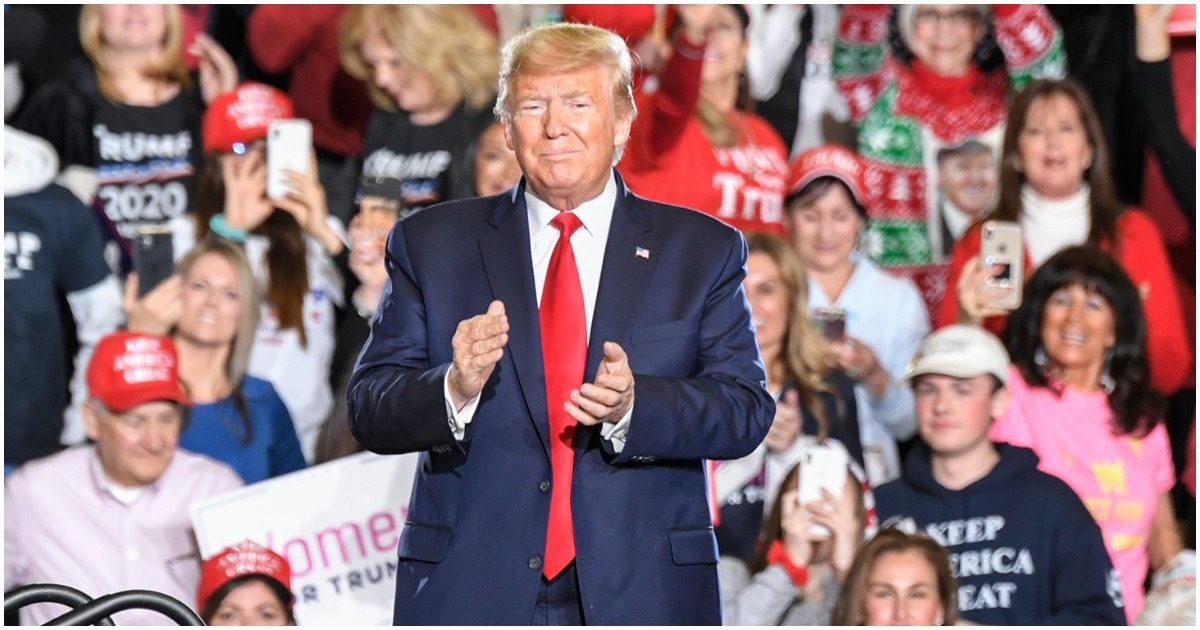 The Russia-helped-Trump-win scenario failed. Impeachment failed soon after. What could Democrats have up their sleeve next for President Trump? Whatever it winds up being, it only serves to help POTUS with his approval ratings. For example, via New York Post:

President Trump’s job approval rating soared to its highest point since he took office in 2017, according to a new poll released Tuesday and conducted as the impeachment trial was underway in the Senate.

It found that 49 percent of registered voters approve of the job the president is doing, while 50 percent disapprove and only 1 percent are undecided, the Gallup poll showed.

Gallup – Presidential job approval at this point in the first term:

Trump is now ahead of Obama, tied with W and only 3 behind Clinton with 9 months to go until the election.

And all three won reelection.

Some Trump tweets from Tuesday…

The Democrat Party in Iowa really messed up, but the Republican Party did not. I had the largest re-election vote in the history of that great state, by far, beating President Obama’s previous record by a lot. Also, 97% Plus of the vote! Thank you Iowa!

The Democrat Caucus is an unmitigated disaster. Nothing works, just like they ran the Country. Remember the 5 Billion Dollar Obamacare Website, that should have cost 2% of that. The only person that can claim a very big victory in Iowa last night is “Trump”.

It is not the fault of Iowa, it is the Do Nothing Democrats fault. As long as I am President, Iowa will stay where it is. Important tradition! https://t.co/bX3FLvua1C

It is so easy to defeat a liberal argument, especially regarding impeachment, that even noted anti-Trump Democrats are joining in on the fun. In other words, things are not looking up for Schiff and company.

The Daily Wire has the scoop…

Constitutional Law Professor at George Washington University Jonathan Turley, a Trump critic who was widely praised for his non-partisan testimony during House Democrats’ impeachment hearings, praised Trump’s legal team on Saturday over their performance in defending the president.

“The House took a lot of hits below the waterline today,” Turley wrote on Twitter. “These were powerful points that gave ample foundation for senators to support acquittal without agreeing with the Dershowitz theory or the suggestion that everything was ‘perfect.’ I liked the low key, fact-based argument.”

Turley added, “The White House did a particularly good job explaining its position on refusing discovery and also the unfair process. Moreover, it was a brilliant decision to limit the opening to a few hours. The House subjected the Senate to mind-numbing repetition for 22 hours.”