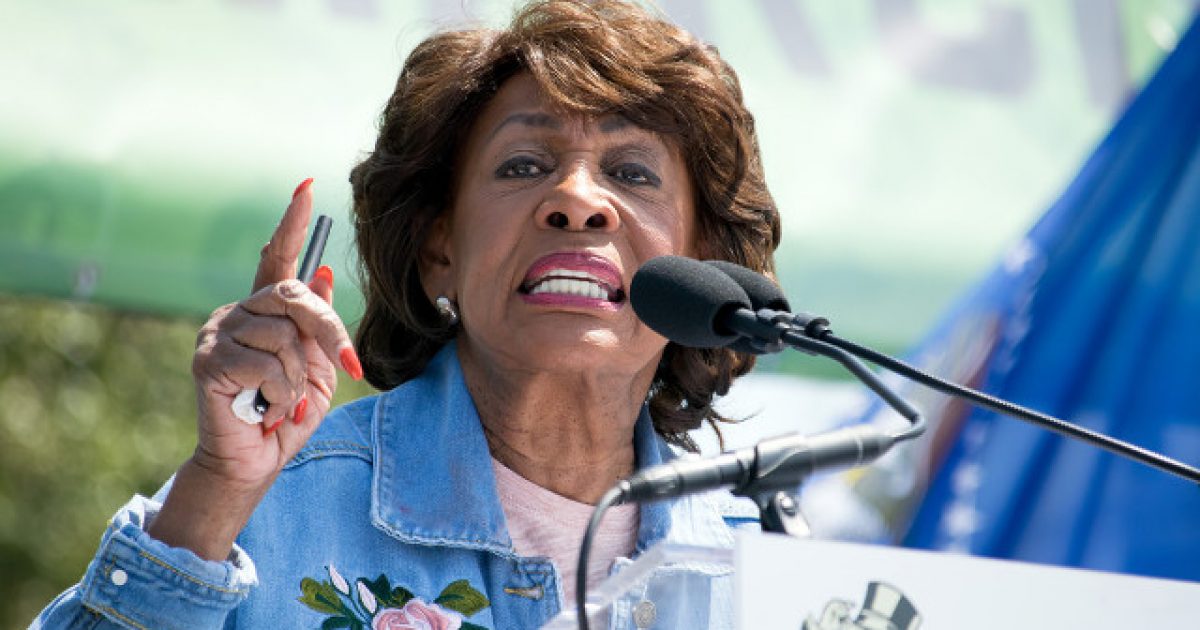 For as many times as we’ve heard the liberal left groan on about the “incitement to insurrection” that they failed to pin on former President Donald Trump, you would think that the liberal left would be a little more careful with their words than they have been.

But no.  Instead, Congresswoman Maxine Waters is facing a cavalcade of criticism over her decision to stoke the flames of violence in this nation, telling followers point-blank to be “more confrontational” in regard to the trial of Derek Chauvin – the former Minneapolis police officer who knelt on George Flowd’s neck as he died.

Now, some of the GOP’s biggest names are pressing House Speaker Nancy Pelosi to take action.

McCarthy said that if Pelosi does not act, he intends to take action of his own against Waters for her remarks encouraging violence in Minnesota if a jury does not find former Minneapolis police officer Derek Chauvin guilty in his trial in the death of George Floyd.

Maxine Waters is inciting violence in Minneapolis — just as she has incited it in the past. If Speaker Pelosi doesn’t act against this dangerous rhetoric, I will bring action this week.

Waters has a history of incitement as well, having implored followers years ago to confront conservatives in public, and to make them feel “unwelcome”.

That rhetoric preceded a number a incidents in which West Wing allies of then-President Trump were shouted out of restaurants and other public spaces.

Roger Stone Targeted by Biden DOJ Over Back Taxes