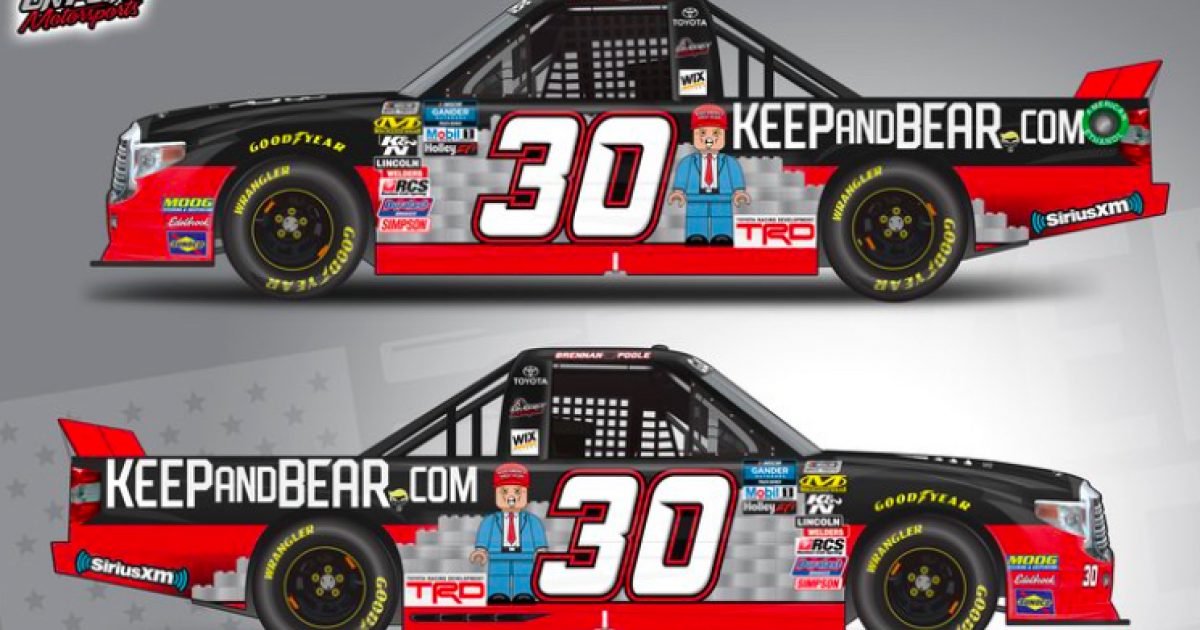 Thanks to the incessant vilification of guns by the left, small business owners the nation over suffer.

You see, owning a gun is seen as an offensive act to some, thanks to what they’ve seen in the mainstream media, and thanks to the groupthink radiating outward from cities like Los Angeles and The Big Apple.

Proudly proclaiming your support for the Second Amendment can make you feel like a second class citizen in many areas of our great and diverse nation.

That’s why KeepandBear.com‘s latest announcement is such a profound one.

Officials from On Point Motorsports announced today that KeepandBear.com will serve as Primary Sponsor on the team’s No. 30 Toyota Tundra for the next two events of the 2019 NASCAR Gander Outdoors Truck Series season. Driver Brennan Poole will kick off the partnership this weekend at Atlanta Motor Speedway as he pilots the No. 30 KeepandBear.com Toyota in the running of the Ultimate Tailgating 200.

“I’m very excited to welcome a new sponsor to NASCAR and to drive the No. 30 KeepandBear.comToyota Tundra for the next two races at both the Atlanta and Las Vegas tracks”, stated Poole. “We had a strong run going last week in Daytona but fell victim to the ‘big one’, which is the nature of superspeedways. Now we head to a race track where things are a little more in your control. We are looking for a solid run in Atlanta and Las Vegas and putting on a strong showing in our No. 30 KeepandBear.com Toyota.”

For those looking to tune in and check out the KeepandBear.com truck, the Ultimate Tailgate takes place on Saturday, February 23rd and will be broadcast live on FoxSports1 starting at 4:30 pm ET.

[Author’s disclosure:  I spent a few months writing for the fine folks over at KeepandBear.com, but my sentiments about discrimination against gun owners stand regardless and independent of that relationship.]