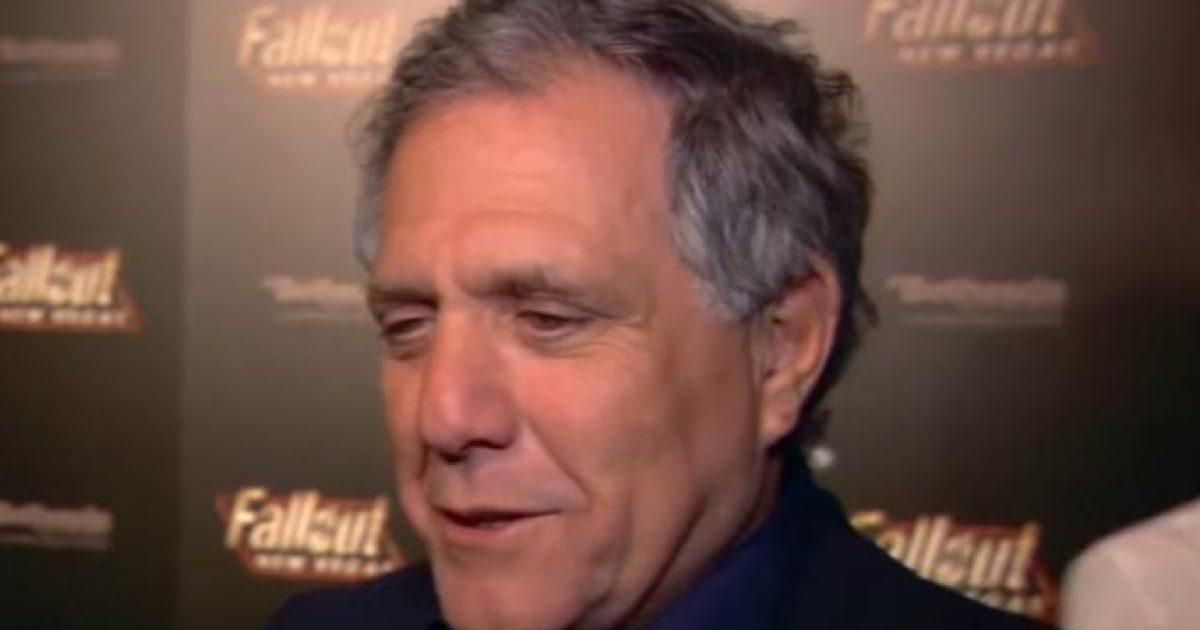 Les Moonves, CBS chief, has stepped down from his office after a total of 12 women came forward to accuse him of sexual misconduct, a charge that doesn’t come without some irony, given that he’s been a big proponent of the #MeToo movement since its inception.

It seems there is no shortage of disgusting degenerates in Hollywood.

In a statement released Sunday evening, CBS said that Moonves would depart his position as chairman, president and CEO “effective immediately.” COO Joseph Ianniello was announced as president and acting CEO “while the Board conducts a search for a permanent successor.”

The network also announced that it and Moonves would donate $20 million to organizations that support “that support the #MeToo movement and equality for women in the workplace.” The $20 million would come out of any compensation Moonves is due to receive following the conclusion of an ongoing investigation into the allegations against him.

Moonves’ future at CBS came into question in July, when Farrow published an expose in the New Yorker detailing allegations from six women. This week, multiple news outlets reported that Moonves was negotiating a possible exit with independent directors of CBS’ board.

Then on Sunday, the New Yorker published claims against Moonves by six more women. Some alleged he forced them to perform oral sex on him, forcibly kissed them, exposed himself to unwilling participants and put the careers of those that rebuffed his advances in jeopardy.

One of the women, Phyllis Golden-Gottlieb, reported her accusations to Los Angeles police last year, but they weren’t pursued because of the statute of limitations. She said that Moonves, while an executive at the Lorimar production studio in the late 1980s, pushed her head into his lap and forced her to perform oral sex.

The left, which Moonves is no doubt part of, like to champion themselves as standing up for women and women’s rights, but if we’re all being completely honest, the exact opposite of that is true.

Take abortion for example. Radicals act as if preserving the right to murder the unborn is somehow a victory for women, but how many of those aborted children are girls? They’re literally killing women by the thousands. How is that not hateful?

Maybe one day they’ll wake up to their own hypocrisy, but it’s doubtful.