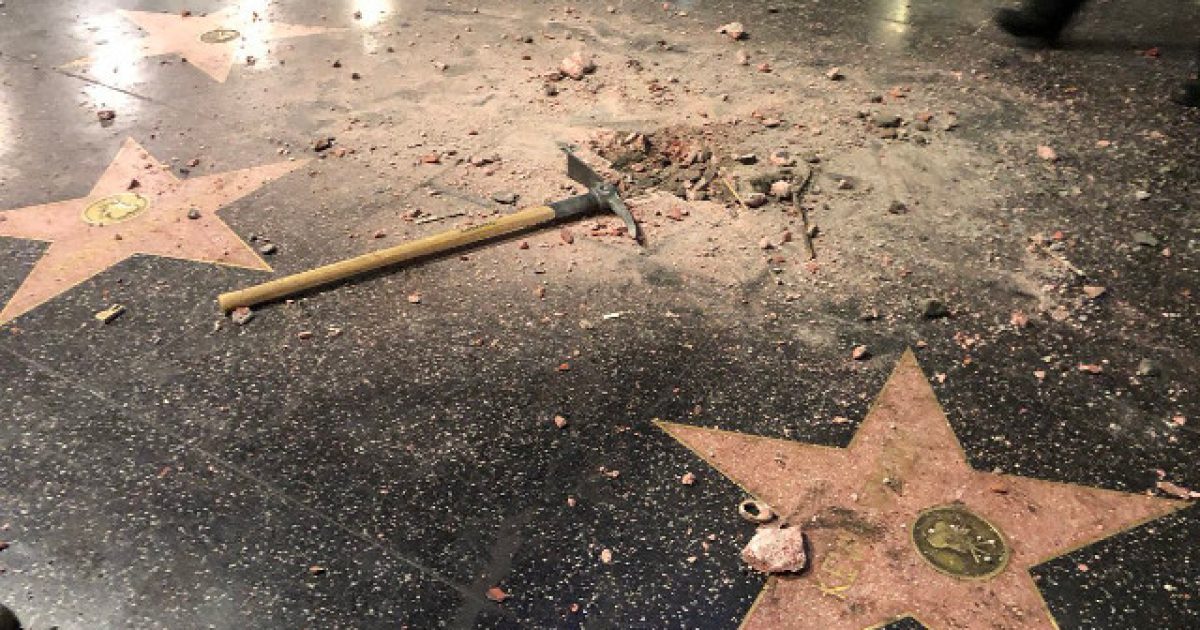 Remember a few years back when La La Land was the talk of the town and everyone was obsessed with the film? Well, if you happen to be a conservative fan of the movie/musical, you might be a bit disappointed, though surely not surprised, to discover that the producer of the film is a rabid hater of President Trump.

So much so that he recently stated that he’s pretty pleased about the act of vandalism that recently happened on the Hollywood Walk of Fame where the president’s star was destroyed with a pick axe.

In the wee hours of the morning on Wednesday, a deranged anti-Trump vandal thought it would be a great political statement to take a pickaxe to a piece of public property and destroy an iconic monument. In this case, it happened to be Trump’s star on the Hollywood Walk of Fame. No such fate has come to the stars belonging to #MeToo bad boys Brett Ratner and Kevin Spacey, whose star (oh how ironic) resides next to President Trump’s:

Basically, that means a man currently sacked with multiple investigations of sexual abuse (some involving underage minors) has yet to even have his star so much as fake urinated on while the president’s has been vandalized beyond recognition (twice). For this, Jordan Horowitz is “proud.”

Here’s what the “La La Land” producer had to say in his now-deleted tweet: “This is just a gorgeous image and I am very proud of my city.”

For reasons unknown, Horowitz deleted the tweet, possibly because it made him look like a petty 38-year-old elitist.

At the end of the day, the left has learned absolutely nothing from their massive defeat in 2016. They still haven’t gotten the point that acts of random violence and vandalism, along with idiotic displays of anger and rage, are only making voting for Trump look more attractive, all but guaranteeing they’ll be saying “President Trump” until 2024.

The harder the resistance fights, employing extreme tactics in their fight against conservatives, the more they create the one thing they hate more than anything else.

WATCH: Is Nancy Pelosi Allergic to the Constitution? Hilarious Video May Have the Answer.