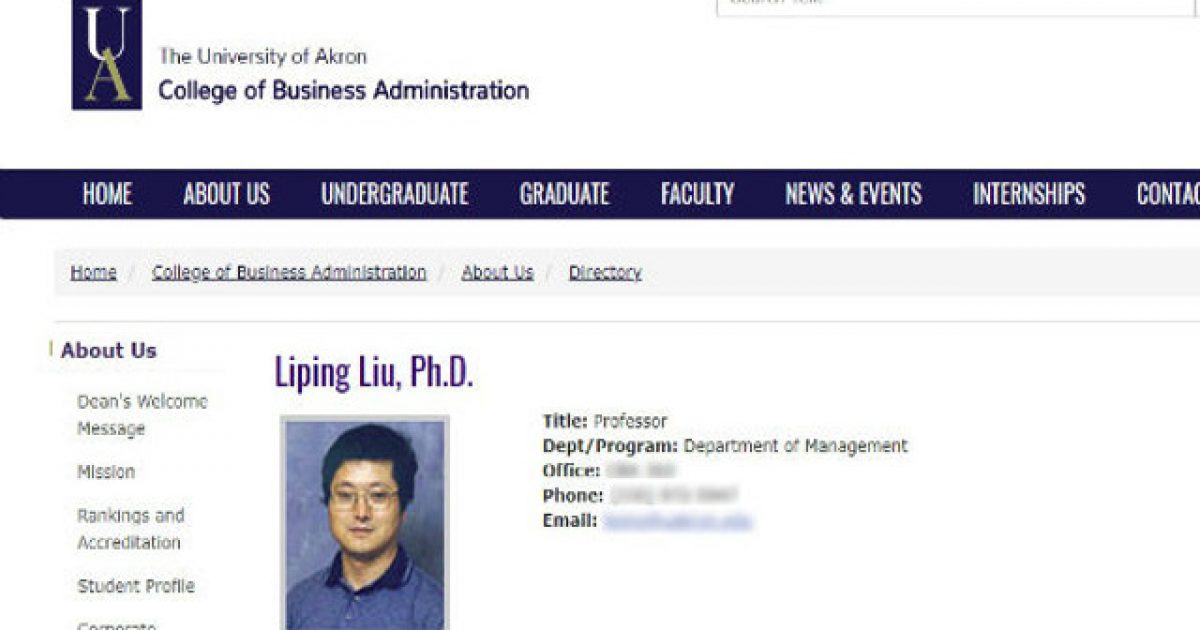 We live in a day and age when feminists have become almost rabid in their desire to destroy any and all vestiges of masculinity, all in a desire to supposedly level the playing field. You know, all that “equality” talk and what not.

What’s absolutely hilarious and ironic is the fact that much of what feminists want to do is technically discrimination, just in the opposite direction.

Like a professor from the University of Akron who blasted out an email stating female students would see a boost in their grades as part of an effort to encourage women to study information sciences.

The school, however, is saying, “no way, Jose.”

On Monday, a Reddit user leaked a screenshot of an email sent by Akron professor Liping Liu informing students their final grades may be raised a “level or two” if they are female as part of a “national movement to encourage female students to go to information sciences.”

“I truly think that my professor’s efforts are counter intuitive,” the student, who wishes to remain anonymous, told Campus Reform. “There is no need to persuade women to enter a field they are uninterested in just so we can meet a quota to be able to say that men and women are equally represented in Information Science.”

Liu, in an email to The College Fix, claimed that his classes on average have “one or two female students” in a class of 20 to 30. According to Liu, the women are “not doing well” and would likely need to “repeat the courses or leave the program” without the boosted grades.

Liu himself stated that the boost in grades was designed as experiment to understand how to better motivate female students, stating that he’s “abandoning the concept for now.”

Rex Provost, Rex Ramsier, University Provost, sent an email to The Fix, stating the university “does not discriminate on the basis of sex,” and went on to verify that no grades were adjusted based on gender.

Ramsier went on to say,“While the professor’s stated intention of encouraging female students to go into the information sciences field may be laudable, his approach as described in his email was clearly unacceptable.”

This should go without saying, but grades should be based 100 percent on performance and the student’s grasp of the material, not on whether they are male or female.

A person is not entitled to success just because they are certain gender. That’s not how the real world works.

Given the fact colleges these days are nothing more than indoctrination centers, it’s really not that shocking to see this kind of nonsense coming out of university campuses. It’s actually more shocking to see the school take a stand against such a measure than to see a nutty professor toss this idea out there.

It’s a crazy time to be alive.

New Report has Some Potential Bad News for Planned Parenthood