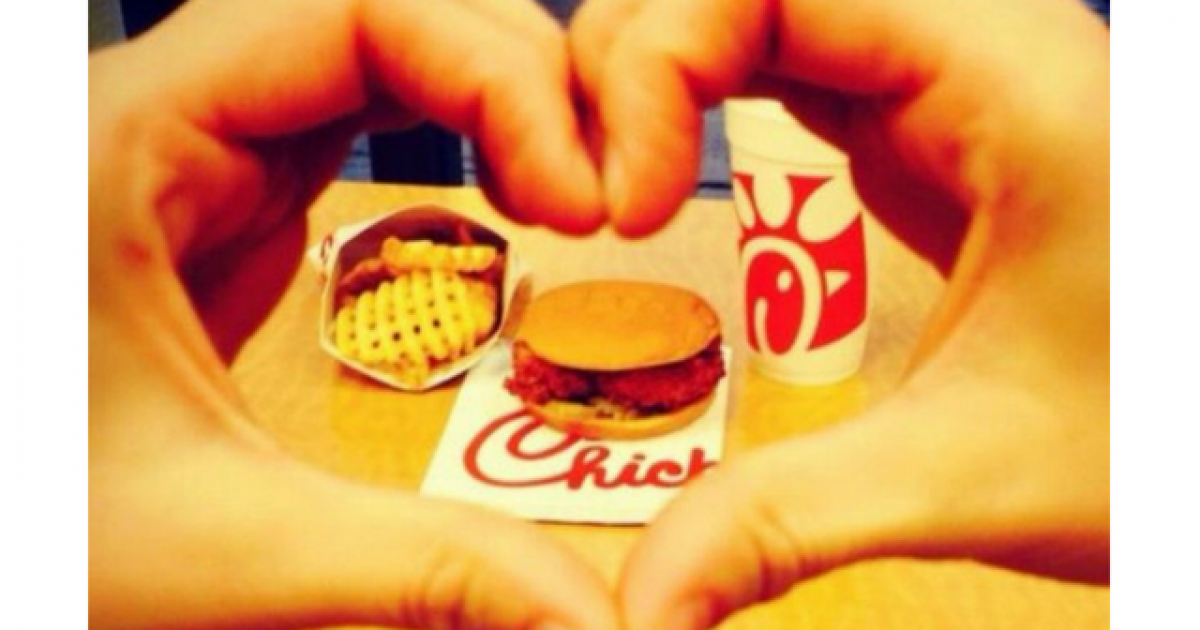 If the left’s hilarious hatred for Chick-fil-A has made you love the fast food chain all the more, you’re in good company.

For the third year in a row, the Christian-owned restaurant ranks top in a nationwide consumer satisfaction report, proving once and for all if the left wants to continue to wage war against chicken sandwiches, they will always lose.

Chick-fil-A was named America’s top fast-food restaurant for the third year in a row in the 2018 American Customer Satisfaction Index’s Restaurant Report, which surveyed more than 22,500 American consumers.

Chick-fil-A beat out other joints like Pizza Hut, Arby’s, Taco Bell, Subway, Starbucks and more, with a satisfaction score of 87. Panera Bread and Papa John’s tied for second place, trailing with scores of 82. Subway came in third with a score of 81.

This comes only weeks after Twitter’s CEO Jack Dorsey reminded the left that they hate Chick-fil-A by absent-mindedly revealing that he’d eaten there during Pride month no less—anathema!! The leftist hatred for Chick-fil-A stems from comments CEO Dan Cathy made in 2012 about his personal views on same-sex marriage, which have never once been reflected in the way the chain does business.

Dorsey’s progressive faux pas caused a predictable leftist meltdown, inspiring one HuffPo contributor to pen the self-righteous piece If You Really Love LGBTQ People, You Just Can’t Keep Eating Chick-fil-A  where he lamented that his peers had forgotten to boycott the restaurant because the chicken was just so dang good (he did share some copycat recipes for “allies” who really wanted to make a difference.)

At the end of the day, as they say, the customer is always right, and Chick-fil-A’s customers, absent-minded progressives and non-identity-politicians alike, continuously prove that good food, good service, and clean facilities go much further than empty boycotts and self-righteous political correctness.

Now, if you’ll excuse me, I’m really hankering for a chicken sandwich and some waffle fries!