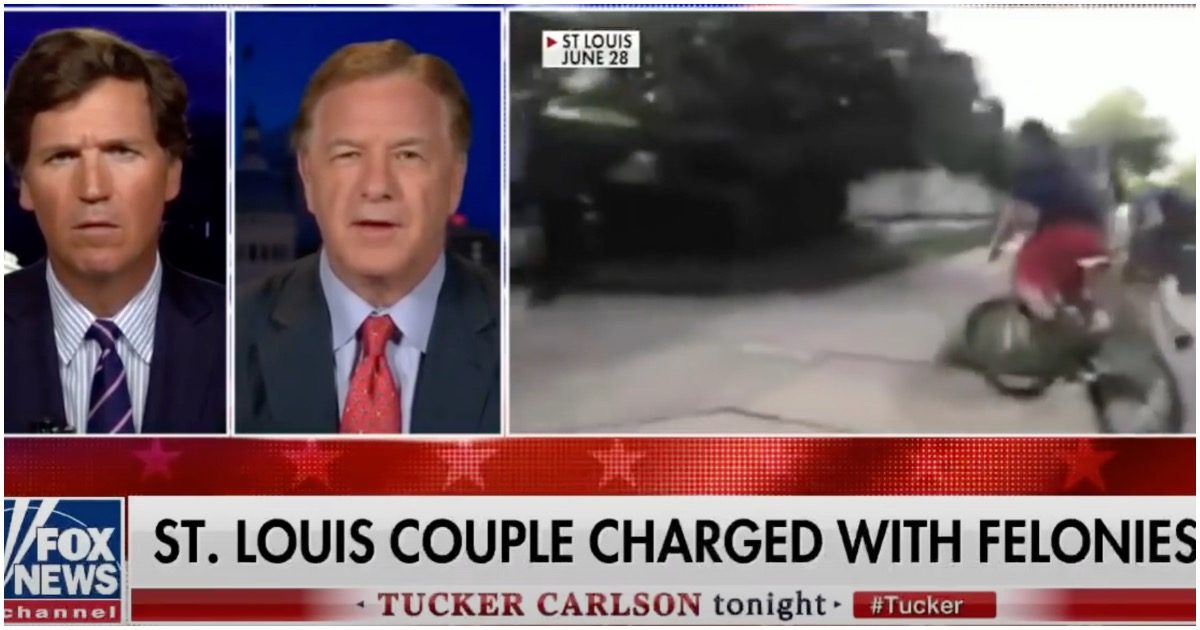 Imagine being charged with a felony for legally owning a gun and protecting your property. That is now the case for St. Louis couple, Patricia and Mark McCloskey.

The prosecutor should be ashamed.

Then again, the prosecutor is most likely a leftist.

Breaking News: Mark and Patricia McCloskey, who were seen in social media photos and video pointing guns at protesters in the Central West End last month, have been charged by @stlcao. @KMOV

ST. LOUIS (AP) — Prosecutor charges St. Louis couple with felony unlawful use of a weapon for pulling guns at protest near their mansion.

McCloskey sat down with Tucker Carlson on Monday night…