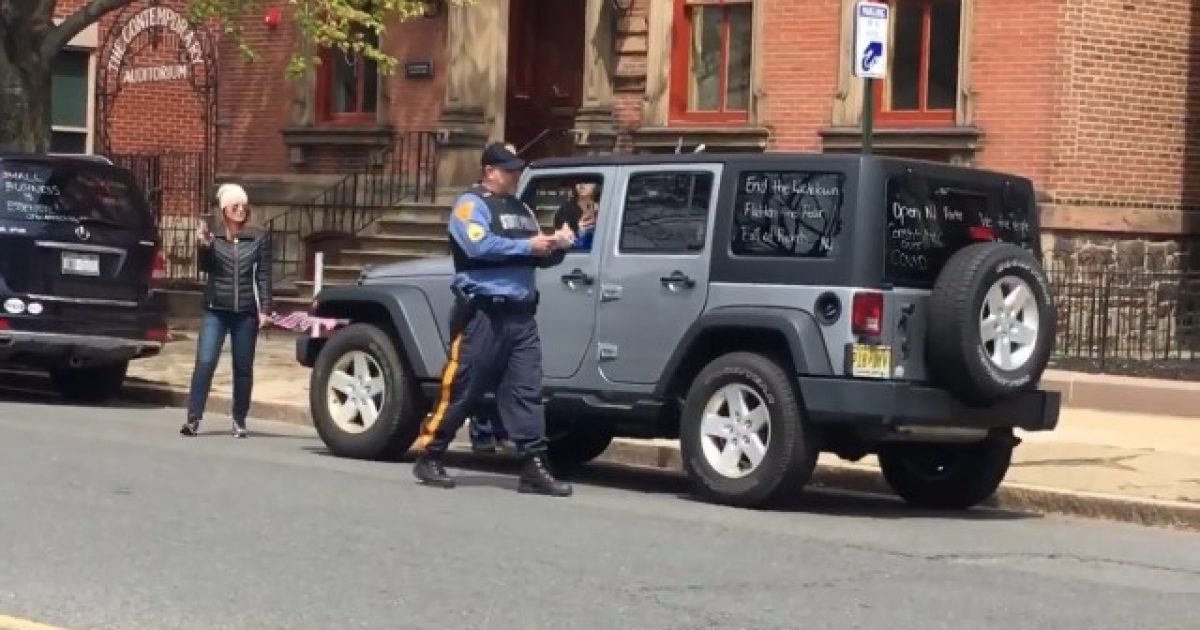 A woman from the state of New Jersey is now being charged with organizing a “prohibited event” after violating Gov. Phil Murphy’s stay-at-home order, which clearly demonstrates that government officials have zero love for the Constitution during this coronavirus outbreak.

Kim Pagan was officially charged on Friday after she organized a protest that was held outside of Trention’s Statehouse. The point of the protest was to urge the state government to reopen the economy so employees can return to work and put food on their families’ tables. There was no arrest made, though Pagan did receive a summons. Those who violate the stay-at-home orders could potentially face a sentence of up to six months in jail and a $1,000 fine.

“It was a peaceful protest, and the streets were not gridlocked as seen during other protests in other states. However, officers still wrote summonses to those in their cars. There was at least one arrest. This infringement on the First Amendment will not stand. We offer our support to those fighting this,” Central Jersey Libertarians posted on its Facebook page.

The group also shared a video that shows people honking their car horns and shouting, “We have the right to peacefully protest,” while an officer walks by.

If you think emergency orders are more like guidelines than actual rules, think again. Here’s the latest on our enforcement actions: https://t.co/9kNEDJ4TNC

Gov. Murphy went on to say, “I respect your right to protest, but trust us on this, we’re basing this on the facts, please stay home.”

So Murphy respects your right to protest, but totally ignores that God-given right and has attempted to infringe upon it anyway? Charging someone for upholding their own rights hardly seems like respect.

The coronavirus is a serious deal, but nowhere in the Constitution does it say that government has the right to limit your freedoms because of an illness. Nowhere. What these people are doing is insane and illegal.

Michael Cohen To Pen Tell-All Book, Plans To ‘Spill The Beans’ On Trump

Miami Herald Columnist Implies Trump, DeSantis Supporters Should Die for Being At Beach