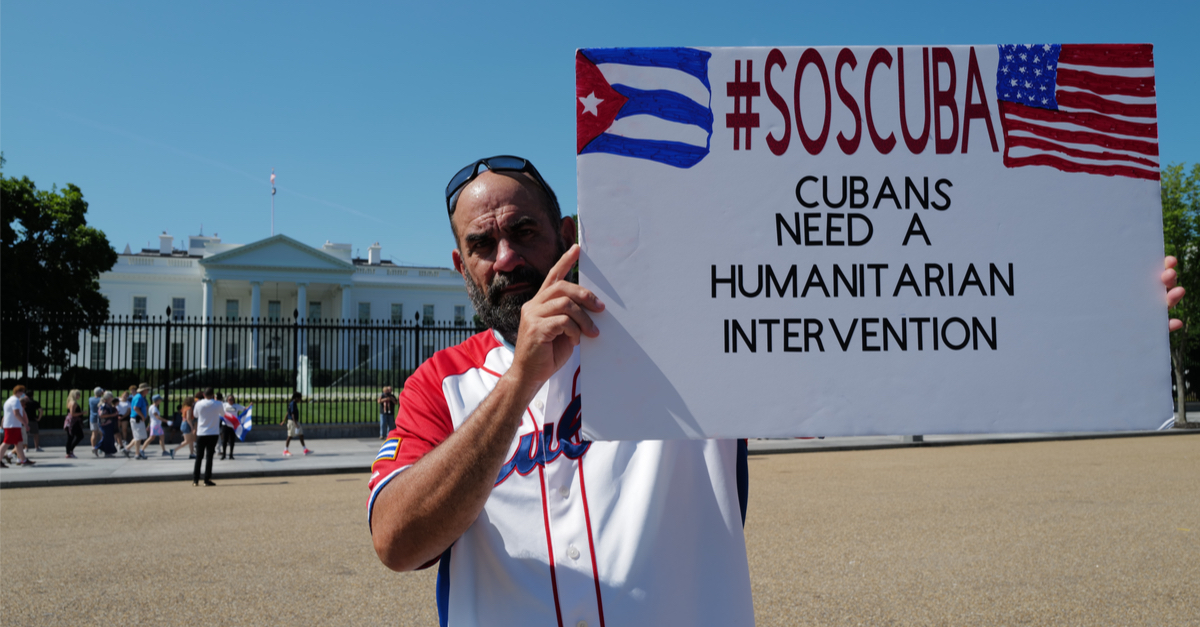 The situation in Cuba does not appear to be rectifying itself in the least this week, and that has many Americans concerned over the White House’s lack of response.

Cubans have lived for decades under a strict communist regime that controls a massive slice of the personal lives of its citizens.  And, as with many classic examples of late-stage authoritarian communism, those in the working class are now being squeezed beyond their means, forcing them to lash out against a bloated government that has pilfered the resources needed to keep the citizens content.

Worse still, as the people of Cuba protest in the streets, hoping to break free from this oppressive system, the government is simply making them disappear, as many are now missing after being detained by authorities.

The lack of response from the White House has now prompted protests on Pennsylvania Avenue. 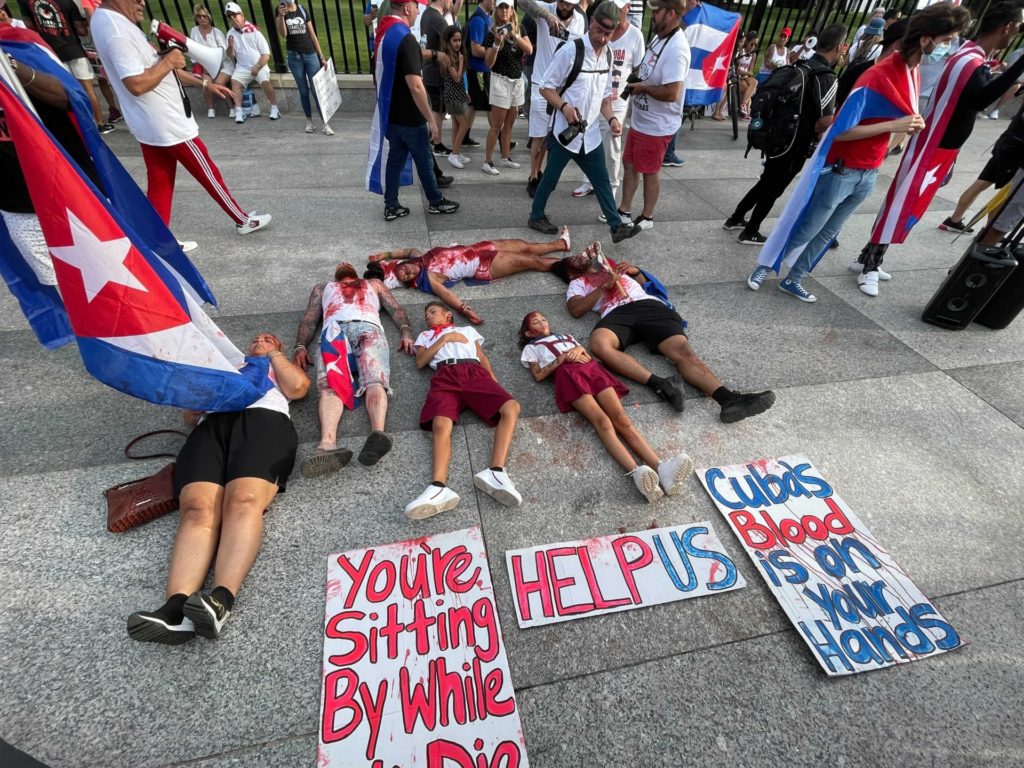 The uniforms are those used in Cuban schools; “Young Pioneers” are children who excel in communist indoctrination programs at a young age and receive advanced education and benefits, recognizable by their red kerchiefs. “Pioneer” programs are common in all communist countries.

As several hundred #SOSCuba protesters chanted “Freedom for Cuba” outside the gates of President Joe Biden’s home on Pennsylvania Avenue, a small group of protesters performed what is called a “die-in” to represent Cubans slain by Cuba’s brutal communist regime. As they laid still on the concrete, the protesters were surrounded by signs.

And there was no denying what the crux of the issue was with these protesters:

“You’re sitting by while we die,” one of the signs read. “Cuba’s blood is on your hands,” another read.

Some pundits have speculated that the Biden administration’s reticence to speak on the subject may have to do with concerns over upsetting the far-left end of the Democratic Party, who’ve been leaning heavily into socialist rhetoric as of late.
Facebook Twitter Gab
Related Topics:Featured
Up Next

TX Dems Involved in ‘Fleeing’ Stunt Come Down with COVID-19

Los Angeles Set For Premiere of ‘COVID II: The Re-Masking’