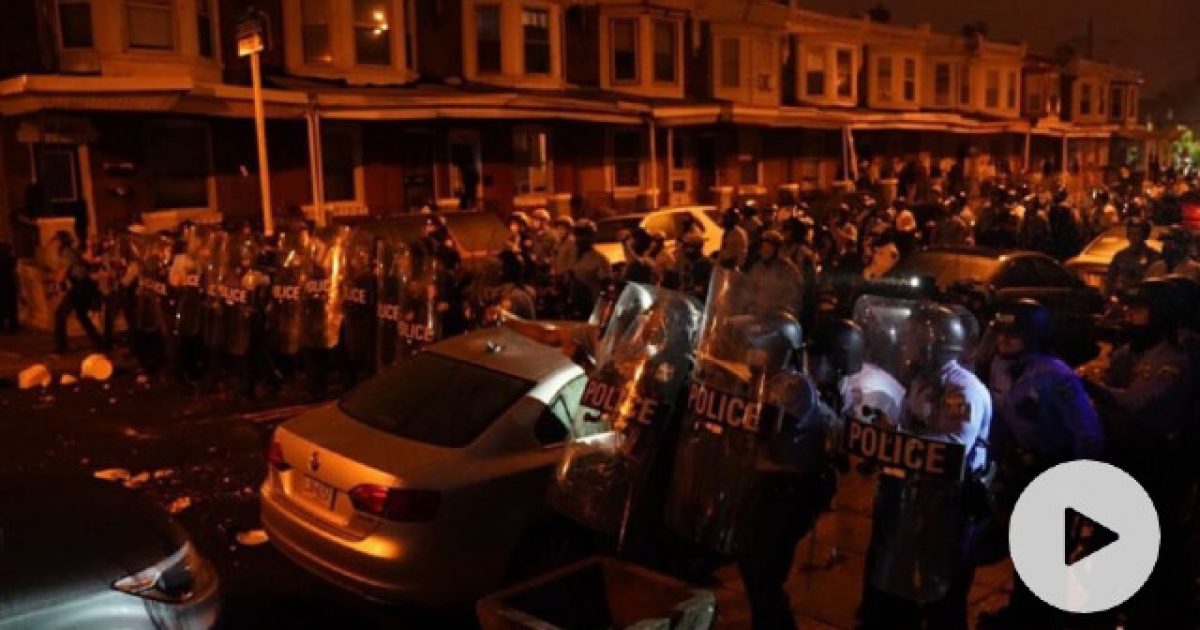 Well, it seems that we’re about to hit another round of rioting and looting by the Black Lives Matter movement — don’t worry folks, it’s all just tools to fight against oppression — this time taking place in the City of Brotherly Love, Philadelphia.

A 27-year-old black man was shot and killed during an altercation with police officers earlier in the day, which is the latest inspiration cited by these angry “protesters” for the justification for their lawlessness.

Walter Wallace, who was allegedly holding a knife, was fatally shot while two police officers were responding to a complaint about a man with a weapon in Cobbs Creek, according to the Associated Press. He “advanced toward” the officers, who then fired “several times,” the outlet reported.

Wallace was hit in both the shoulder and chest, then taken in a police vehicle to a hospital, where he died.

Mass looting breaks out at clothing and shoe store during tonight’s BLM riot in Philadelphia. pic.twitter.com/htXN1rsbCk

Following Wallace’s death, which was recorded and posted on social media, hundreds of people — some armed with bricks — protested in the 52nd Street commercial district, and the demonstration quickly turned violent. Police cars and dumpsters were set ablaze and NBC10 Philadelphia reported that at least 30 police officers were hurt.

A 56-year-old sergeant was hit by a truck and sent to the hospital with a broken leg and other injuries.

Some of the stores that were hit with looting included several Rite Aid pharmacies, a restaurant, and some clothing and shoe shops. Two ATM machines have also been reported to have been smashed.

A total of 30 people were arrested during the incident.

Folks, if Joe Biden is elected president and the left takes over Congress, this scene right here will become common place. How do I know that? Because the left will do nothing to stop the rioting and looting and these people know that. Therefore, anytime something happens they don’t like, chaos will abound.

This is not the America we should want.