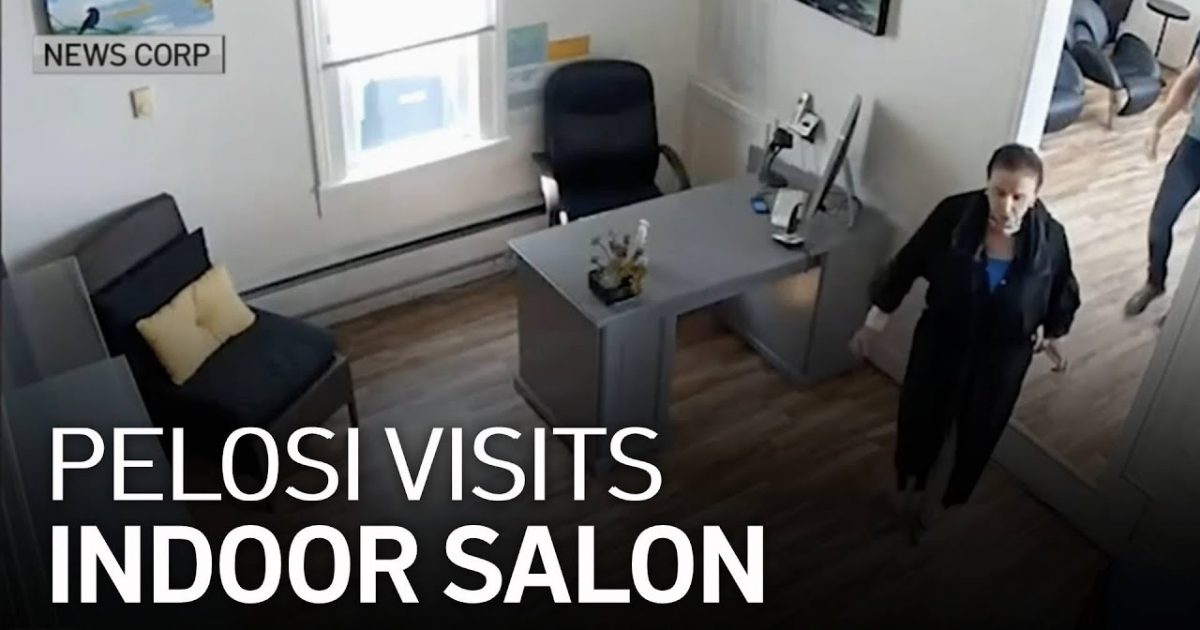 More than a dozen protesters showed up outside the San Francisco home of Speaker of the House Nancy Pelosi on Thursday, after video of her controversial visit to a hair salon during the coronavirus lockdown was reported on in the news last week.

The rally was comprised of “angry salon customers” who wore curlers in their hair. Other individuals involved in the protest strung curlers and blow dryers from a tree outside Pelosi’s home to express their frustration with the Speaker’s “elitist” attitude.

“What she has done is slap the face of not just a salon owner but every woman every man every person who’s unemployed in the state of California who has lost their jobs and lost their livelihoods many of whom are my friends,” one protester said, San Francisco’s KRON-TV reported.

Salons in San Francisco had been closed since March and were only notified that they could reopen on Sept. 1 for outdoor hairstyling services only.

Protesters have gathered in front of Nancy Pelosi’s San Francisco home and are stringing up curlers and blow dryers on a tree after a video surfaced of Pelosi getting her hair done indoors/maskless at a SF salon @sfchronicle pic.twitter.com/v6KVORByaP

None of these demonstrators in front of Nancy Pelosi’s home are salon owners or workers. They’ve all described themselves “angry salon customers” who want to get their hair and nails done @sfchronicle pic.twitter.com/fVMVM2Aajl

According to a video posted by SF Chronicle reporter Jessica Christian, the group decorated a tree outside the home with an American flag, declaring it the “Freedom Tree.”

The tree of blow dryers and curlers has been decorated with an American flag and dubbed the Freedom Tree by protestors in front of Nancy Pelosi’s home @sfchronicle pic.twitter.com/0dY9SU4JeV

Mayor London Breed was asked about her thoughts on the demonstration that took place outside of Pelosi’s home, and as you might expect, stated it’s time to “move on.”

What else would she say? They don’t want the obvious hypocrisy and elitist attitude of their own kind to be revealed to the country because then they lose support, and that’s not something they can afford with the White House on the line.

“I get that they have these feelings, they are voicing their feelings, but we are doing the very best we can and I know that’s not good enough for them, I understand,” Breed told reporters. “I get it, but at the end of the day, it is really time for us to move on.”

What it’s really time for is Pelosi to issue an apology.

Baptist Church In California Has Been Fined Nearly $60,000 for Services During Lockdown