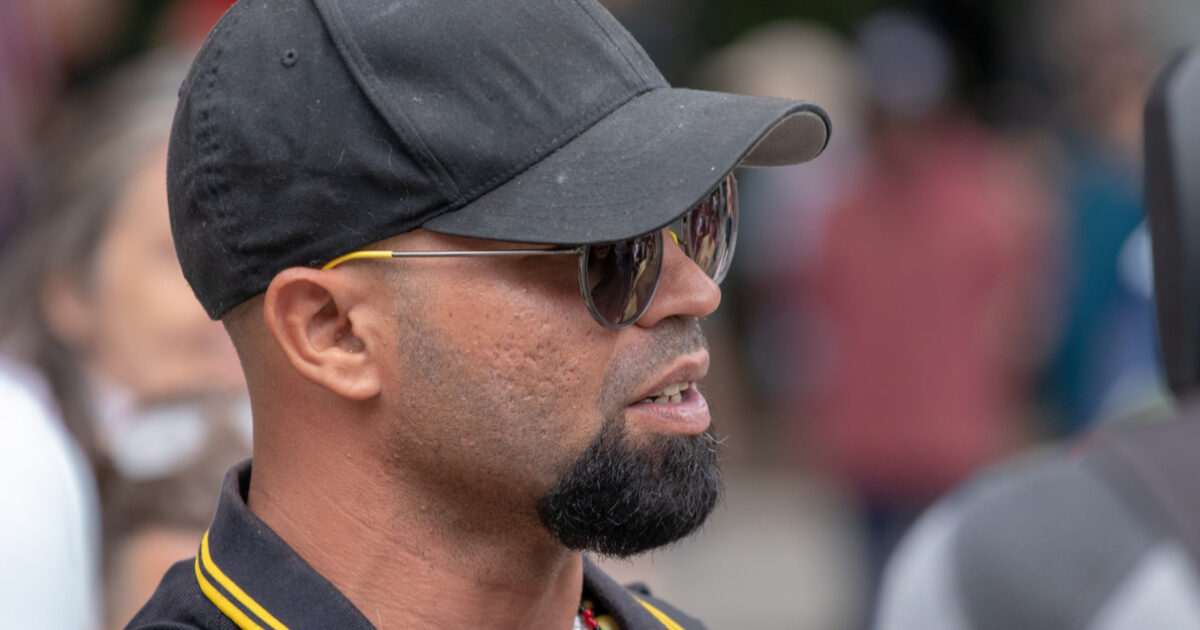 On the far-right side of the political spectrum, perhaps no organization had garnered as much infamy as the Proud Boys, largely on account of their proximity to a vast amount of the violence we’ve seen in the streets of this nation in recent years.

The group seems to love to stir up controversy, using the shock and awe of their actions to recruit enthusiastic members, eager to continue escalating the groups’ rhetoric.

But leader Enrique Tarrio, once a well-received figure among radical, right-wing figures, may have just lost the last bit of credibility that he had squirreled away.

The far-right group’s leader, Enrique Tarrio, told The Wall Street Journal in a report published Wednesday that he set up a secret business to sell T-shirts with liberal slogans after card-processing companies kept refusing to work with his other businesses.

As the Proud Boys gained infamy for taking part in the Capitol riot and other controversial gatherings such as the “Unite the Right” rally in Charlottesville, Virginia, in 2017, banks and card-processing services have taken a stance against the group, making it hard for the Proud Boys to make money.

Tarrio wouldn’t share the name of his new business, and The Journal said it was not able to independently verify its existence. Insider has contacted Tarrio for comment.

And he seemed unafraid for it to be known.

Tarrio told The Journal that his secret business sells T-shirts with slogans like “Black Lives Matter” and “Impeach 45,” a reference to former President Donald Trump.

A reporter for The Journal witnessed Tarrio’s assistant printing a shirt that said “Black Lives Matter” during a visit to Tarrio’s Miami headquarters.

The news comes just months after Tarrio was outed as a very-forthcoming law enforcement informant who’s cooperation extended all the way into the ranks of the FBI.

Trump Obliterates Biden-Putin Summit: ‘We Got Nothing!’