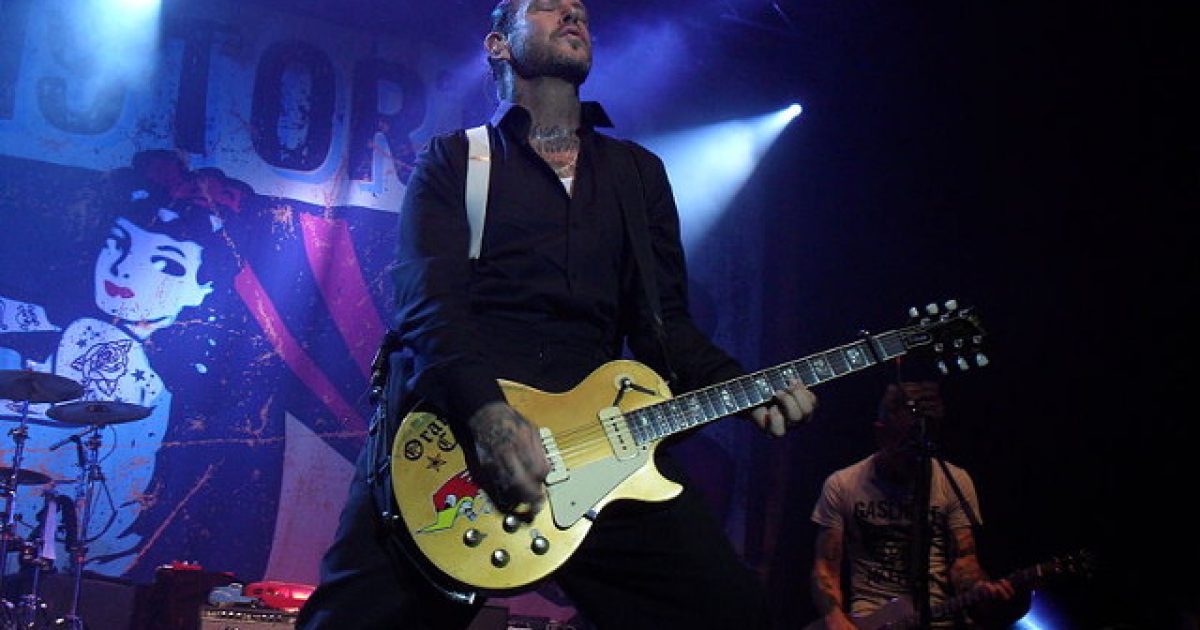 A conservative fan of the band Social Distortion recently decided to attend one of the band’s live performances in Sacramento when he claims he was assaulted for being a supporter of President Donald Trump.

Tim Hildebrand, who is a self-described “Republican Farmer” says Mike Ness, the 56-year-old singer of the group, started shredding Trump on stage and then started insulting America, something to which Hildebrand took great offense. Things escalated from their.

“I stood pretty much with my silent protest with my middle finger up for the next two songs.”

Ness didn’t like that and in the video, you can see him motion Hildebrand to the stage, where the singer spits in his face. Hildebrand says the two were yelling at each other when Ness lunged toward him.

He said he told Ness, “I pretty much said I paid for your music, not your politics.” Then Ness “takes his guitar off, jumps off the stage and proceeds to punch me multiple times in the head,” Hildebrand said.

Afterward, the lifelong Social Distortion fan says he was dragged out of the venue, but has filed a police report and plans to press charges. “Someone that has the status that he does shouldn’t get away with assaulting someone.”

Hildebrand says he was badly injured in the attack, suffering two black eyes, a split lip, a concussion, and some loose teeth. And he says other fans of the band took part, too.

What truly blows the mind is that punk rock music was established on rebellion against an oversized government that sought to restrict basic rights and freedoms. It’s all about “sticking it to the man,” being an individual and doing things yourself, controlling your own destiny.

Yet, the vast majority of punk bands now — and in the last several decades — have been socialists and hardcore left-wingers, which is in direct opposition to their stated beliefs against authority. One cannot support big government and be anti-authority. That’s just silly and inconsistent.

Perhaps someone needs to send that memo to Ness, because this is a truth he seems to be struggling with accepting.

US Couple Claims There’s No Such Thing As Evil, Goes on Global Bike Trek to Prove It. What Happens Next Is Tragic.

Gay Actor Says Not All Republicans Are Racist, Leftists Rake Him Over The Coals