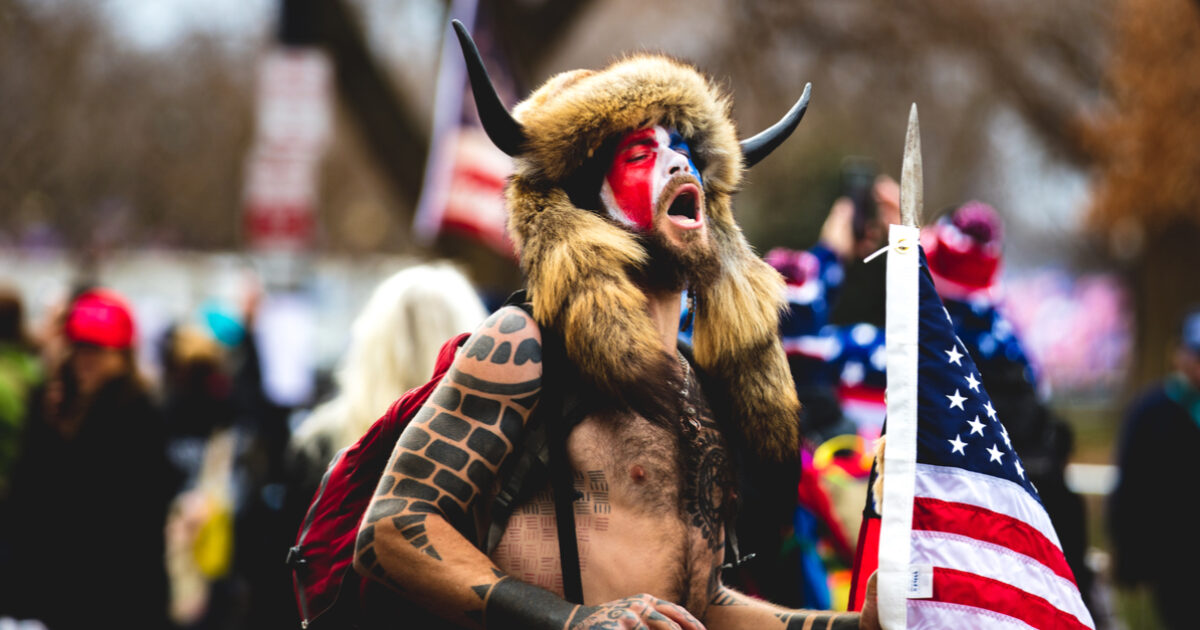 Of all of the images that were thrust upon the nation during the events of January 6th, 2021, perhaps none has been stranger than that of Jacob Chansley, known as the QAnon “Shaman”, who entered the Capitol shirtless, in leather pants, face-painted, and donning a massive buffalo-horned fur hat.  In his hands, a spear with the American flag attached.

Chansley has been in custody ever since that fateful day, and his time in jail has been fairly eventful.

You may know Jacob Anthony Chansley as Jake Angeli or possibly as the QAnon shaman. He’s the one who requested organic food in prison for hard to parse religious beliefs, and has been characterized as having a “detachment from reality” by a DC federal judge. He’s been detained since January, but the exam will take place in a facility in Colorado he’s been housed at since June 10, the Hill reports.

Now, Chansley will undergo a mental health evaluation meant to determine his competency to stand trial.

At issue is whether Chansley is competent to stand trial, a question raised by his own lawyer. Albert Watkins, Chansley’s attorney, argued that months in prison have taken a mental health toll, the Washington Post reports. The case’s prosecutors did not raise any objection to the evaluation. This isn’t the first time that Chansley’s lawyer has questioned his client’s faculties. Watkins told Talking Points Memo that his client and some of the other Jan. 6 defendants “are people with brain damage.”

Over 440 people have been arrested by the FBI in connection with the attempted insurrection of January 6th, with several cases set to be adjudicated over the course of the next few weeks.