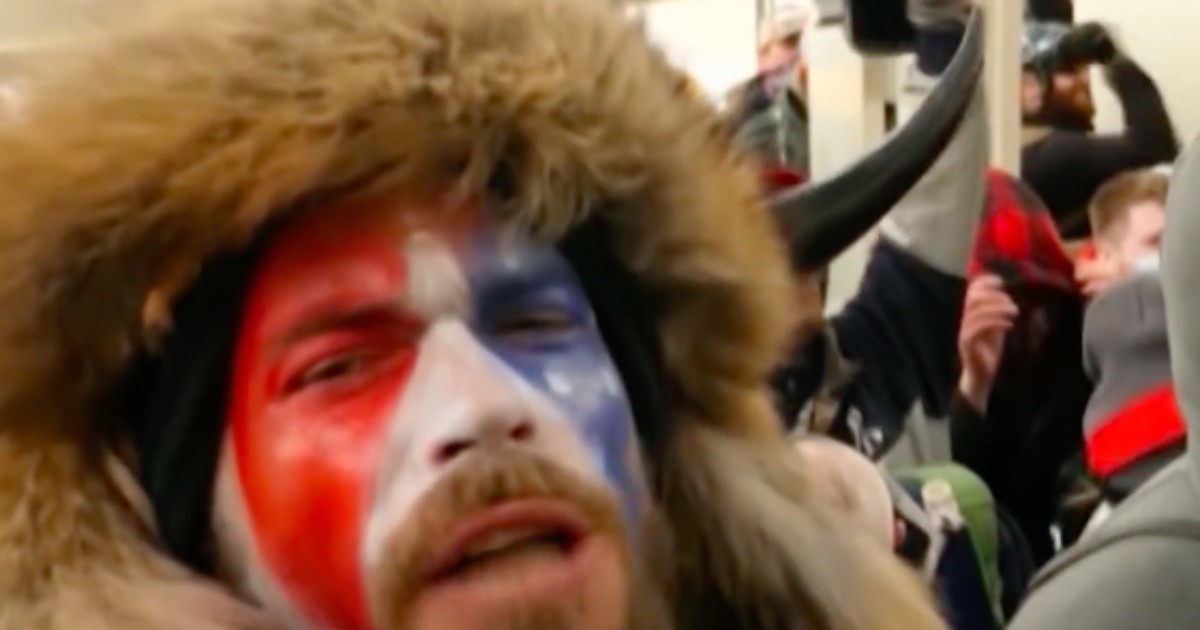 Lawyers in America can often get a bad reputation.  There are plenty of litigiously-gifted folks out there making a real different in this world, fighting for justice, and attempting to truly make the world a fairer place.

But there is no doubt that there are also some bad apples.  Rotten apples, really.  Those who’ve committed to using their cunning to enrich themselves at the expense of their clients, and those who’ve decided that knowing the law affords them the right to keep skirting the law.

And then there are lawyers like Albert Watkins, who is currently repressing Jacob Chansley – better known as the “Qanon Shaman” – who has willingly berated his own client in public, and quite offensively at that.

We must warn you:  Watkins’ language is foul and despicable.

Attorney Albert Watkins gave an interview to Talking Points Memo as the outlet reported on several of the legal arguments that the alleged Capitol rioters have used to address the federal charges they face. One of the tactics it is widely believed their attorneys will use is the “Trump defense” — the argument that the accused rioters were compelled to violent criminal action because of Donald Trump’selection lies and their belief that they were carrying out the former president’s will.

Watkins, the “Q Shaman” Jacob Chansley’s attorney, said his client had Asperger’s syndrome and indicated that Chansley’s mental state — and the impact of Trump’s “propaganda” efforts — would play a role in his case.

“A lot of these defendants — and I’m going to use this colloquial term, perhaps disrespectfully — but they’re all [expletive] short-bus people,” Watkins told TPM. “These are people with brain damage, they’re [expletive] retarded, they’re on the [expletive] spectrum.”

“But they’re our brothers, our sisters, our neighbors, our coworkers — they’re part of our country. These aren’t bad people, they don’t have prior criminal history. […] they were subjected to four-plus years of [expletive] propaganda the likes of which the world has not seen since [expletive] Hitler.”

It wouldn’t be surprising to see Chansley begin shopping around for new representation after this.

Biden Tells Reporter to Shush, Unless He Wants to Be Run Over in New Ford Truck