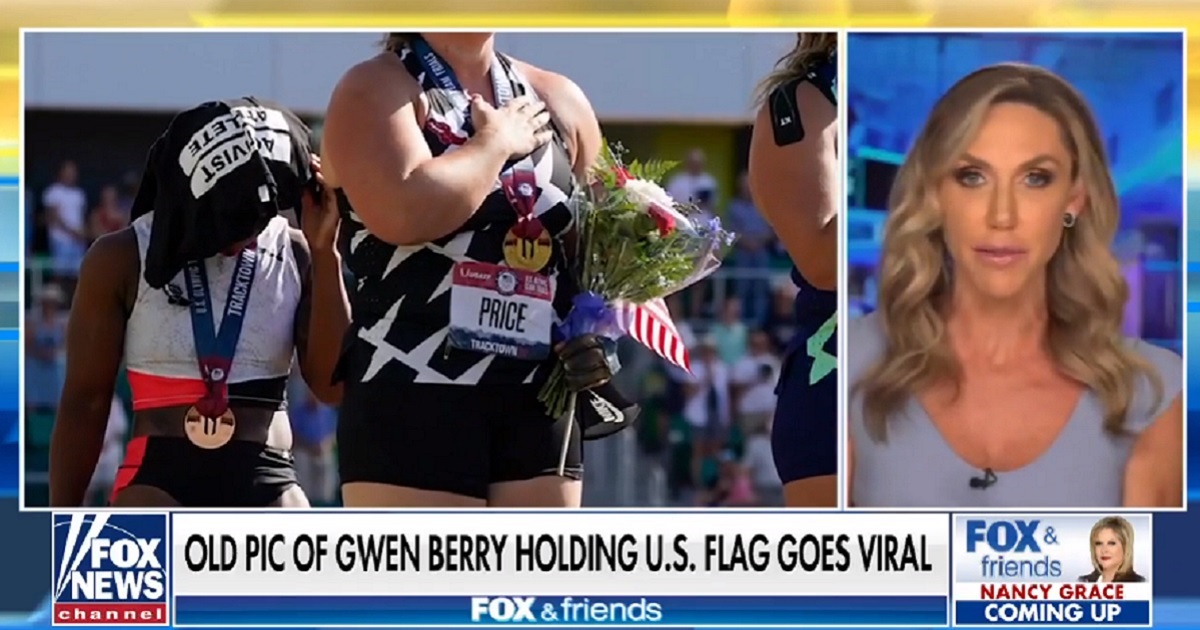 U.S. Olympic hammer thrower Gwen Berry is taking heat today for old tweets in which she criticized white, Asian, and Hispanic people only a week after her controversial decision to turn her back on the national anthem at the U.S. Olympic trials in Oregon.

Berry’s old tweets, some going back ten years, are being blasted as racist and insensitive. For instance, in one post she criticized how Asian women dress, in another she threatened to “stomp” a white child, in yet another she joked about rape, all tweets that critics say go quite against her carefully cultivated “woke” persona.

In the days since she turned her back on the national anthem on June 27, Berry has taken on the mantle of “anti-racist” activist by claiming that the “Star Spangled Banner” is racist and “disrespectful” of black people.

By Friday, though, six days after her protest and only two since her direct attack on the anthem itself, Internet sleuths have unearthed at least a dozen problematic tweets by the Olympian that shows she hasn’t always been an anti-racist in good standing.

For example, in a tweet from 2011, the athlete threatened to “stomp” a white child who she felt was annoying. “This lil white boy being bad as hell!! I would smack his ass then stomp him!! Smh #whitepplKids hella disrespectful,” she wrote.

Then, in a tweet from 2012, Berry laughed how women will get drunk, have sex with four men, then “cry rape.”

In another tweet from that year, Berry said “Mexicans just don’t care about people.”

She also slammed Asian women as having a bad sense of fashion, saying, “Just saw a gurl wearing heels with white socks!! What the Hell Chinese People.”

Next, in a Tweet posted in July of 2011, she attacked white people in a generalized assault calling white people “crazy.”

Berry also used the “r” word that so many advocates of the mentally limited hate when she wrote that “White people are sooo retarded when they are drunk.”

There are at least 10 similar tweets to those above that have been found. Some have since been deleted from Berry’s account, while others are still live.