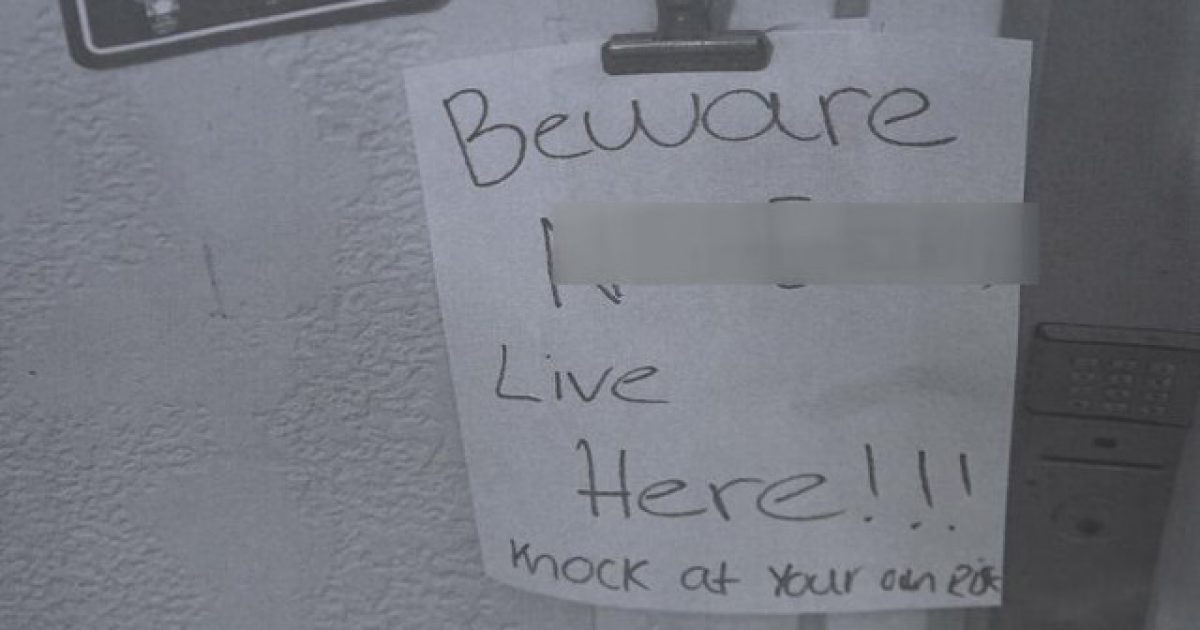 Last Monday evening Kansas State University police officers were called to a school apartment complex by a student to investigate a claim of harassment.

A note was posted on a dorm room that allegedly used a racial slur, however, when police questioned the individual who made the report to police, the full truth of what happened soon became clear.

Twitter photos from @WholsBrodrick show paper on a door frame reading “Beware N****** Live Here!!! Knock at Your Own Risk,” the Eagle said.

The Twitter post — which on Monday morning appeared to be deleted — read that it’s “2018 and this was posted on my apartment door. this is still happening here at @KState so if isn’t as evident as it already was everyone needs to get out and vote I refuse to let this blatant racism stop me from moving onward and upward,” the paper reported.

The day after the photos were posted was Election Day.

Broderick Burse tweeted the photos, the Eagle said, citing the Manhattan Mercury and the campus newspaper, the Collegian. Burse is listed as a sophomore in mass communications on the university’s website, the Eagle added.

A Facebook post from campus police was released that stated after questioning the person who filed the report, the individual admitted to creating and posting the note to their own door.

Authorities have stated the situation will be handled “in accordance with applicable disciplinary procedures.”

Manufactured Hate Crime AGAIN- Racist note left on Kansas State student's door was actually written by himself. I guess when the demand outweighs supply, people will resort to alternatives. https://t.co/POtcGEgjQL

Sadly, this isn’t the first time a hoax of this nature has been perpetrated near the school. Last November a “hate crime” was reported that turned out to be a total fraud.

Police were called in to investigate a black man’s car being covered in racist graffiti. This incident caused black students at the school to organize a “dialogue” about racism and for campus police to increase patrols. Even the FBI got involved.

It turned out that the car’s owner, Dauntarius Williams, was the culprit behind the graffiti. Police chose not to charge him for filing a fake police report.

How A Rental Car Company Could Affect The Florida Election