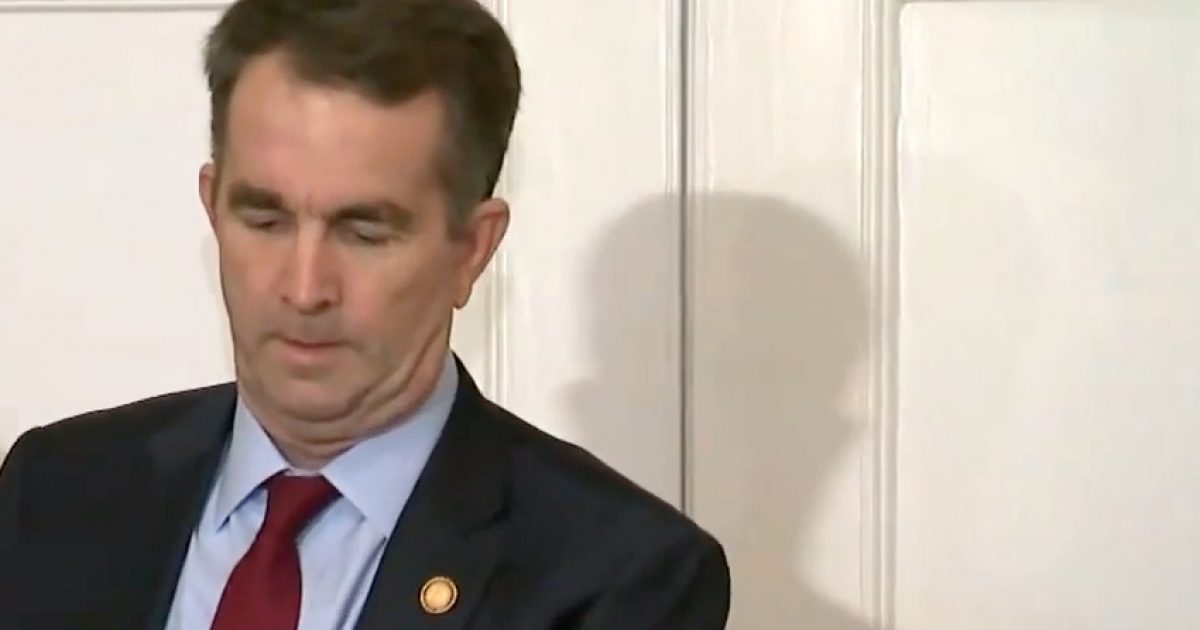 Things are not looking good for Virginia Governor Ralph Northam, whose pathetic attempts to deflect a clearly racist past has blown up in face over the course of the last few days.

The governor was outed as a bigot by the release of a yearbook photo labeled to be of Northam and another man, one donning the full regalia of a Ku Klux Klan member, and the other in such a distasteful amount of blackface that it is almost difficult to make out their features.

Northam, after being accused of participating in the hate-filled photograph, apologized but refused to resign.  That’s when democrats ramped up the pressure, demanding that Northam remove himself from office over the inexcusable act.

When these calls became too loud to ignore, Northam attempted to backtrack, saying that he doesn’t believe that’s him in the photograph.

That lame and unbelievable excuse has not slaked the thirst for justice here in the United States, where we simply do not condone or encourage this sort of behavior.  Democrats and others are again pushing for Northam to resign.

Northam said he won’t quit during a televised press conference on Saturday at the state Executive Mansion in Richmond to address what he earlier called a “clearly racist and offensive” photograph on his medical school yearbook page from 1984 that surfaced on Friday.

“I am not the person in the photo that caused a stir yesterday,” Northam said. “That’s not me in that photo.” The denial failed to silence calls for the governor to quit.

Democrats, including multiple 2020 presidential candidates, his home state’s Democratic Party, the Democratic National Committee, House Speaker Nancy Pelosi and former Vice President Joe Biden, all earlier called on Northam to resign, as did many Republicans. Senators Mark Warner and Tim Kaine, both former governors of Virginia, and Congressman Bobby Scott added to the calls for Northam to step down after watching the press conference. President Donald Trump also weighed in on the debate.

Northam may be attempting to hold onto what little respect he has left by maintain the governor’s office, but there is little doubt that this is a temporary situation for the derogatory democrat.