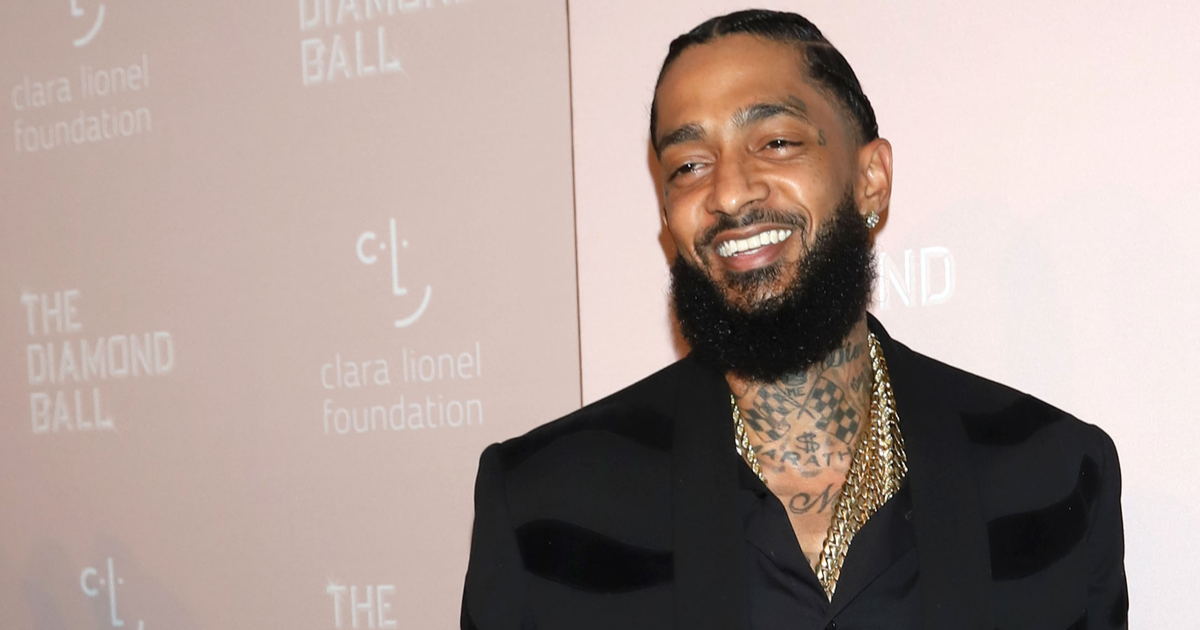 In the world of entertainment, no story was bigger over the weekend than the shooting death of rapper Nipsey Hussle.

Hussle wasn’t your typical gangster rapper, either, having long been considered an upstanding member of the LA community.

Growing parallel to his success was an impressive business empire, operated out of his native Slauson Avenue, offering opportunities to local youths and aiming to take his community with him on the route to riches. A barbershop, learning centre for kids, fish store and cryptocurrency company are just some of the ventures he leaves behind, in addition to the clothing store where he was gunned down in an act of violence that’s sent shock waves through the rap world.

His mercurial force in both the booth and the boardroom were intertwined, with the black politics surging through anthems such as Dedication (“This ain’t entertainment, it’s for niggas on the slave ship / These songs just spirituals I swam against them waves with,” he spat on that Kendrick-assisted behemoth) mirrored in his work in the community. The day after he died, Asghedom was due to meet with LAPD officials to discuss programmes that could be put in place to curb gang violence. “Artist. Activist. Angeleno,” read the tribute from the LA Lakers basketball team. His death is a loss not just for rap, but for LA at large, and especially the neglected neighbourhood he parlayed so much of success into trying to enrich.

It was though this altruistic spirit that Nipsey became involved with a scientist known for his controversial work on a cure for AIDS; something that conspiracy theorists are using to connect some fairly wild dots….including this oddly prophetic Facebook post from mid-February that has been making the rounds on social media. 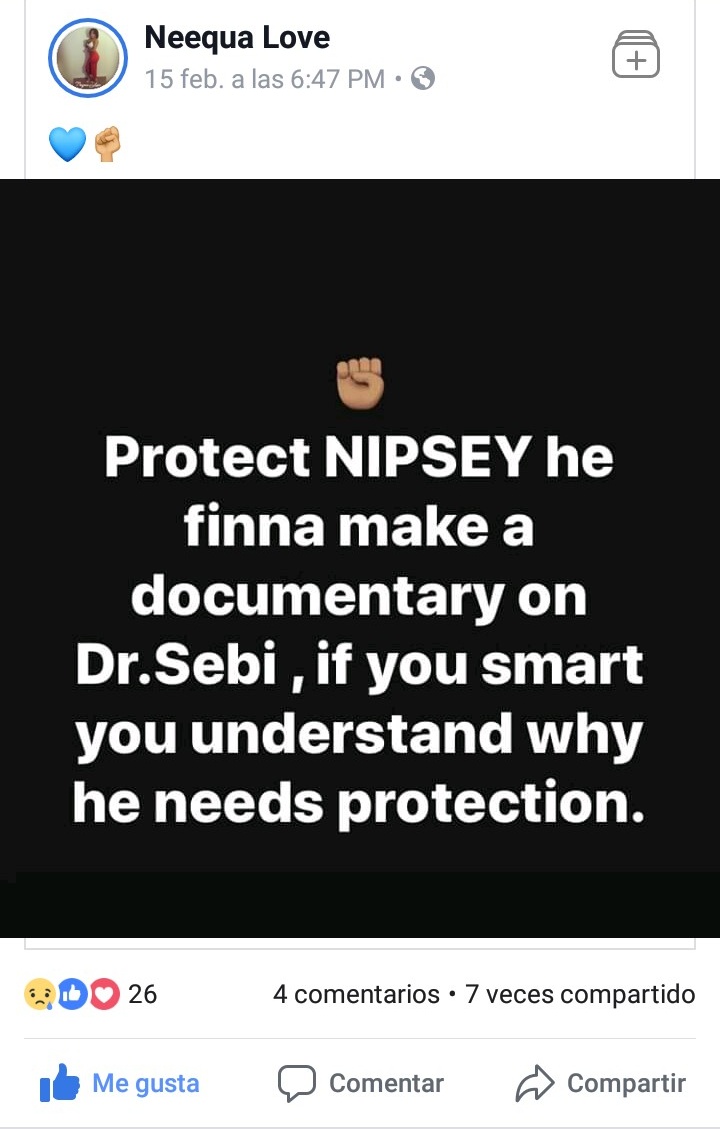 And this wasn’t the only post to garner this sort of attention, either:

Nipsey Hussle is working on a documentary that will narrate Dr. Sebi’s Trial in 1985.

Dr. Sebi claimed in a New York newspaper ad that he could cure AIDS & was allegedly executed by way of U.S. Medical Corporations because his AIDS remedy would take away from their own profits. pic.twitter.com/jxoCqzknEw

Then, in what could either be a bold coincide or their own nod to the theory, Drudge Report’s coverage of Nipsey’s death was suffixed as such today: 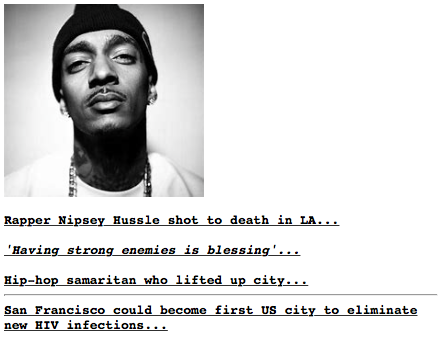 While this is all purely conjecture, the internet at large is ablaze with the idea that Nipsey Hussle’s death wasn’t your average gangster-rap feud gone bad.

The King Turns to Botany-Based Burgers for ‘Impossible Whopper’