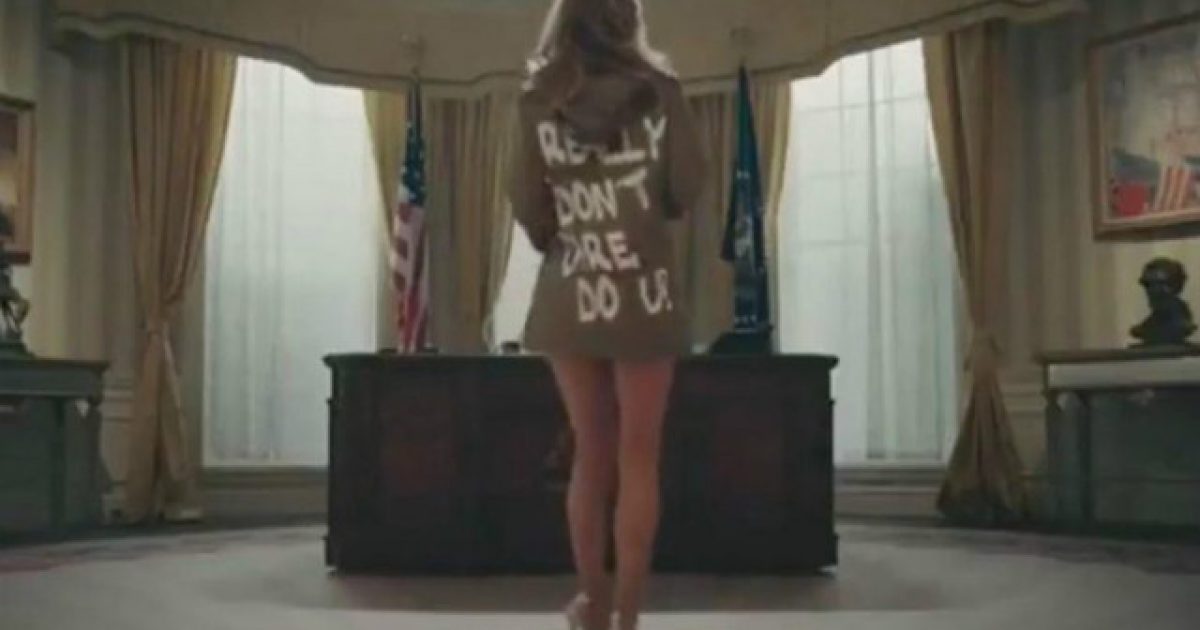 Famous rapper T.I. is in hot water after his latest music video decided to feature a rather steamy and disrespectful shot at First Lady Melania Trump by using her likeness giving the music star a lap dance.

Where are all the raging feminists at to defend the honor of a fellow woman who is being degraded and treated as nothing more than a sex object? Oh. That’s right. Since she’s Trump’s wife and their natural enemy, it’s perfectly okay for bad things to happen to her.

Anyway, Melania’s spokesperson had some harsh words for T.I. firing back with a few shots of her own.

The rapper, whose real name is Clifford Harris Jr., can be seen smoking in a depiction of the Oval Office while sitting behind the Resolute Desk as the first lady’s likeness dances and strip-teases, and eventually ends up on the desktop fully nude.

In a Saturday tweet, Trump’s spokeswoman — Stephanie Grisham — wrote, “How is this acceptable? #disgusting #boycottT.I. @Tip.”

Neither Grisham nor the first lady has issued any follow-up statements to the Saturday tweet at the time of this writing.

Harris shared the video on Friday and captioned it, “Dear 45, I ain’t Kanye,” pointing to the president’s meeting with rapper Kanye West, which took place on Thursday.

Harris was very outspoken against West’s Oval Office visit, and said that he was “ashamed to have ever been associated with” West.

“I’ve reached my limits,” Harris wrote in a Friday Instagram posting. “This is my stop, I’m officially DONE!!!!”

He added, “To all the people who follow Ye musically, socially, or even personally … who are confused, heartbroken, infuriated … let me make this clear … this s*** ain’t cool!!!”

Isn’t he just a classy, gentlemen?

It’s pretty sad how much actual, legitimate misogyny is present in hip hop culture, yet the left never really speaks out against it. Why is that?

Likely it’s because Democrats do not want to risk alienating the black vote, which makes up a large percentage of the listening audience for this particular style of music. Sad, but true.

Prominent Native American Activist Speaks Out About Elizabeth Warren. She’s Not Going to Like What She Had to Say.

Disabled Vet Sees Flag Getting Run Over by Cars. That’s When He Decides to Jump Into Action.