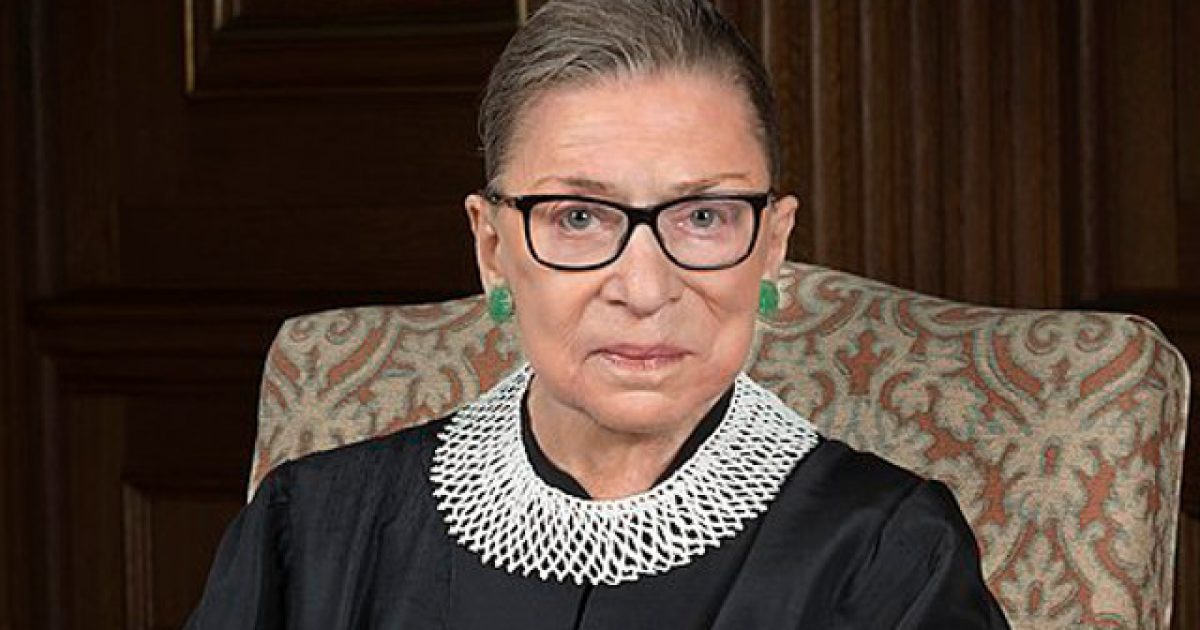 With the Supreme Court already having been bequeathed two pick from the current administration, all eyes are on the presumed next-to-retire Justice, Ruth Bader Ginsburg.

The 85 year old Justice has always been a bit of a history-maker, even if her politics tend to align to the left.  Her defiance in the face of her age has been noble to witness, regardless of what disagreements she may have with much of the nation.

With this in mind, Ginsburg’s health has been a topic of heavy discussion among politicos, with late night comedians even going so far as to do a workout with her:

Today it was announced that “RBG” has undergone a fairly substantial cancer operation and is resting in New York City.

She is “resting comfortably” at Memorial Sloan Kettering Cancer Center in New York City. There was no evidence of any remaining disease following the surgery, the court said, and no further treatment is planned.

Ginsburg, the eldest member of the court and the senior justice of its liberal wing, underwent a pulmonary lobectomy. Two nodules in the lower lobe of her left lung were discovered incidentally during tests she received while being treated for rib fractures sustained in a fall last month. Both nodules were found to be malignant during an initial evaluation.

Sloan Kettering describes a lobectomy as the most common operation for non-small cell lung cancer on its website. It is the best treatment for “isolated lung cancer in an otherwise healthy patient,” according to the hospital.

Ginsburg had an incident earlier this year as well.

The news comes as Ginsburg is recovering from three rib fractures she sustained after falling in her office on Nov. 7. On Saturday, she told an audience in New York that she was “almost repaired” and had returned to doing her full workouts with her physical trainer after initially limiting her workouts to her lower body. Ginsburg did not miss any oral arguments because of her injury.

This news will certainly bring Ginsburg’s health back into the limelight, as pundits all across the mainstream media begin to morbidly and immorally ponder the Justice’s mortality.