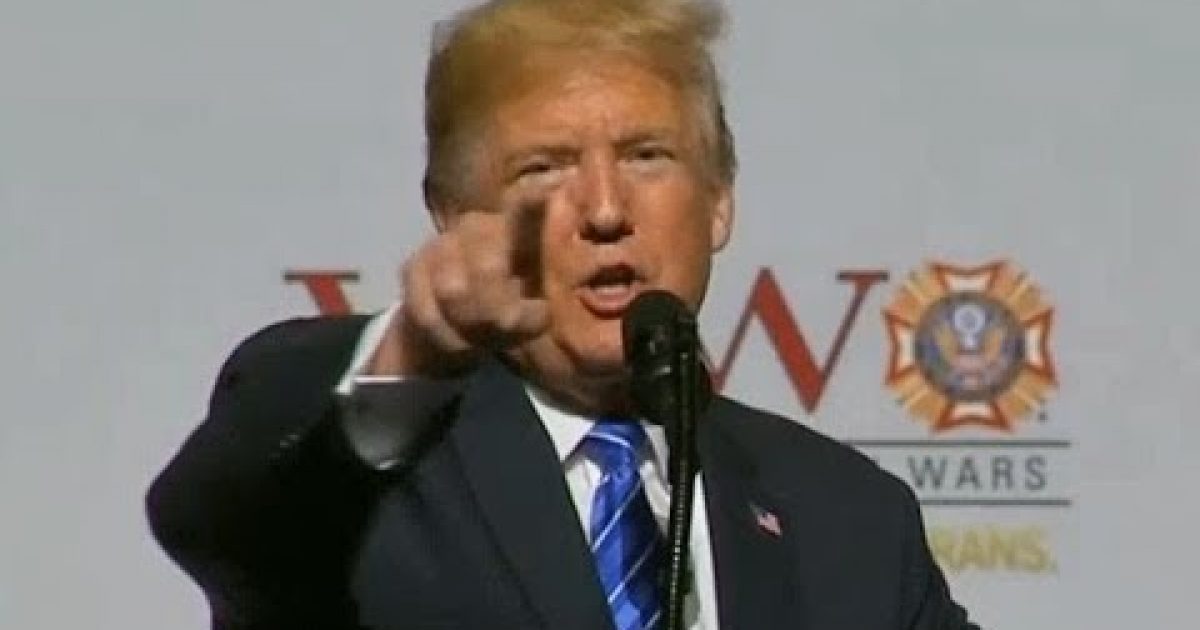 President Trump is officially on the warpath.

After literally years of talk about the Mueller report, the document has come and gone.  Its conclusions were a resounding win for this President, and, in the minds of many Americans, the democrats are again acting like sore losers.

This accusation is particularly pointed given their behavior back in November of 2016.

Trump is now pushing forward with his investigation of the investigators, aimed at getting to the bottom of why and how the entire debacle began.

The latest reporting from the Washington Post puts one of the 2020 democrats squarely in the midst of it.

Former Vice President Joe Biden was reportedly one of the few Obama administration officials who participated in secretive meetings during the early stages of the Obama-era intelligence community’s initial operations regarding suspected Russian interference in the 2016 presidential campaign.

That tidbit was contained deep inside a 7,700-plus word Washington Post article published June 23, 2017 in which the newspaper also detailed the highly compartmentalized nature of the original Russia interference investigation and the manner in which other U.S. intelligence agencies were deliberately kept in the dark.  Part of the efforts eventually involved unsubstantiated and ultimately discredited charges made by the Christopher Steele dossier that Trump campaign officials were colluding with Russia.

The move could have major implications as 2020 rolls around.

Biden’s largely unreported role in the initial Obama administration meetings on the matter of Russian interference could spark further questions now that Attorney General William Barr has appointed a U.S. attorney to investigate the origins of the Russia collusion claims.

Biden is currently the far-and-away frontrunner of the crowded 2020 democratic field, besting his closest opponent Bernie Sanders by double digits in the latest polling.

AOC Tries to Use Meteorological Event to Push Climate Change, Gets Harshly Rebuked by Expert

According to a new poll published by the Washington Examiner/YouGov has found that three out of four registered voters think that social media companies have way too much pull and influence over the kind of news that users see and read, with a large swath of the population believing these companies are politically biased. The poll found that nearly 76 percent of individuals surveyed thought that social media companies have far too much influence, compared to a measly six percent who thought they had too little. A scrawny 11 percent said they have just the right amount of influence. via Washington Examiner: These results come after social media giants Facebook and Twitter suppressed sharing a story about emails purportedly obtained from a computer belonging to Hunter Biden that could create political problems for his father, Democratic presidential nominee Joe Biden, shortly before the election. Republicans have charged Twitter and Facebook with making an “in-kind contribution” to Biden’s campaign by preventing users from sharing the news on their platforms. Conservatives have been pressing Senate Republicans to hold hearings on the social media companies’ handling of this story soon. In the same poll, the public is split on the question of whether the former vice president has been honest about his son’s business activities in other countries. A plurality of registered voters, 39%, believe social media bans have been biased against the Republican Party. This includes a huge majority of Republicans at 82% and a plurality of independents at 37%, though only 6% of Democrats agree. “Another 20% of registered voters believe that social media is biased against both parties. This includes 28% of Democrats and 26% of independents, though only 6% of Republicans agree,” W. James Antle III wrote in his report. “Just 9% think social media content bans are biased…