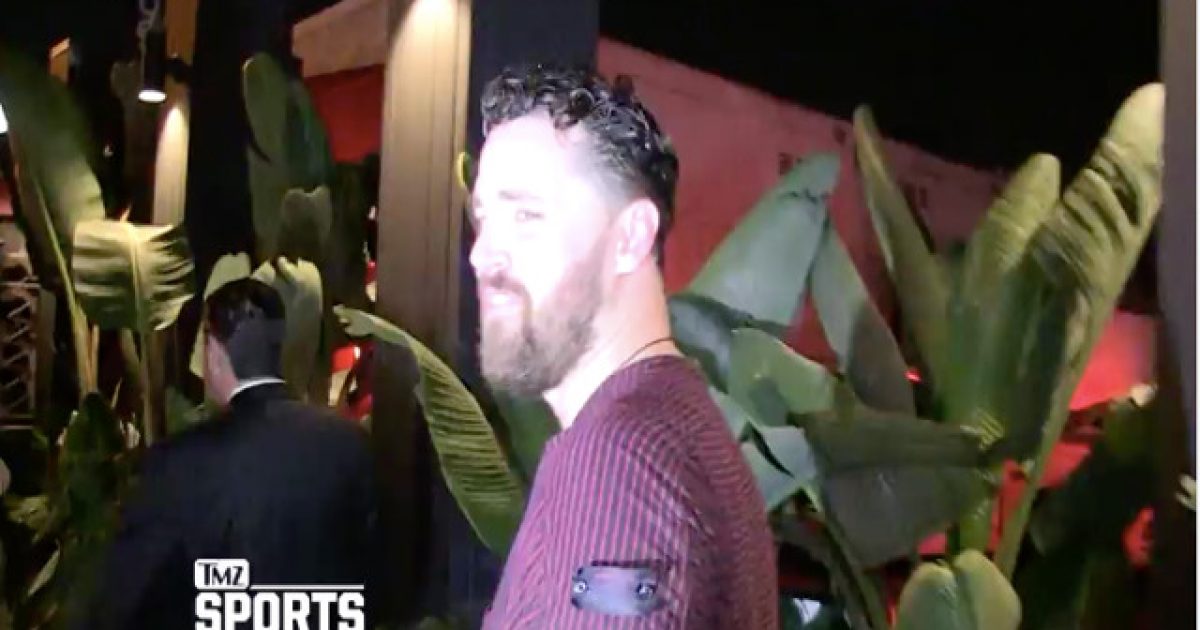 All the rage these days for professional athletes is being “woke” and involved in a number of social causes, particularly that of hating President Trump and opposing his agenda in every conceivable fashion.

One way many in the world of professional sports have put this on display is by dissing the president and rejecting his invitation to come to the White House for a visit. Any time a team wins a championship game, the inevitable question on everyone’s mind becomes whether or not they’ll accept the invite.

Earlier this week, the Boston Red Sox destroyed the Los Angeles Dodgers to become the 2018 World Series champions. The media wasted no time asking a relief pitcher for the team whether or not he would be visiting the White House.

His answer is going to make liberals furious.

Boston Red Sox pitcher Heath Hembree has already made up his mind — he WILL be visiting the White House with the team … telling TMZ Sports, “Hell yeah! I f*ck with Trump!”

Heath was leaving Nightingale nightclub after the Red Sox won Game 5 of the World Series — and he was in a great mood.

Though it’s interesting, when people were asking him questions about baseball, he went silent — only talking about President Trump.

When asked what he liked about Trump, the 29-year-old South Carolina native told us, “Everything!”

Trump himself commented on the World Series this weekend — taking to Twitter to rip Dodgers manager Dave Roberts for making a pitching change in Game 4 that ultimately led to a Dodgers loss.

Trump has yet to tweet a congratulatory message to the Red Sox.

MLB commissioner Rob Manfred stated he expects the winning team to visit the president, even though the team’s manager Alex Cora publicly slammed Trump a month ago.

This is not at all the kind of response we have come to expect from professional athletes these days. It’s become much more common to see them disrespecting their country and the men and women who died for it by kneeling during the National Anthem or some other kind of similar protest.

Hopefully we’ll see much more patriotic responses out of sports stars going forward, men and women who don’t allow personal politics to get in the way of showing respect to their fans and country.