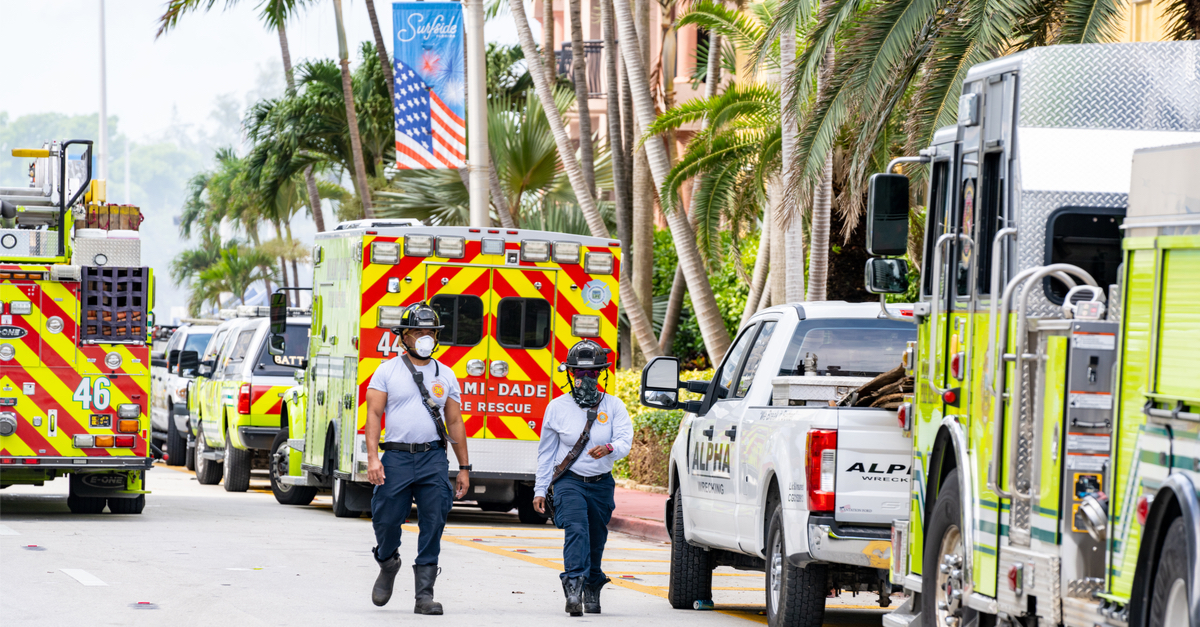 The rescue efforts underway in Surfside, Florida have not been the simplest or easiest of tasks, and more complications are looming just off the coast of the Sunshine State.

Workers have recovered two dozen bodies from the rubble as of Saturday afternoon, with more than 120 individuals remaining unaccounted for.

The effort has been hampered by a number of issues, from nearby lightning, to fires burning within the rubble, to the threat of the still-standing portions of the building coming down on the heads of those working so diligently to save who they can.

Now, with a tropical storm churning off the coast with the entire state of Florida in her sights, a desperate decision has been made.

Demolition workers will bring down the remainder of a partially collapsed condo building in South Florida ahead of an approaching storm that has heightened concerns that the structure could crumble dangerously on its own, officials said Saturday.

With Tropical Storm Elsa looming in the Caribbean and forecast to move toward the state in the coming days, Florida Gov. Ron DeSantis said the building in Surfside is “tottering” and “structurally unsound” and demolishing it is the prudent thing to do.

“If the building is taken down, this will protect our search and rescue teams, because we don’t know when it could fall over,” DeSantis said at a news conference. “And, of course, with these gusts, potentially that would create a really severe hazard.”

Authorities believed that the demolition would cause little if any impact to the rescue teams.

Officials believe what’s left of the building can be brought down as soon as Sunday with little interruption to search and rescue efforts, DeSantis said. Concerns had already been mounting over the past week that the damaged structure was at risk of failure, endangering the crews below and complicating the search.

“The fear was that (Elsa) may take the building down for us and take it down in the wrong direction,” Surfside Mayor Charles Burkett said.

It has been over a week since the late-night collapse of a portion of the tower occurred.

Ransomware Returns as Russian Group Takes Down Thousands of Businesses