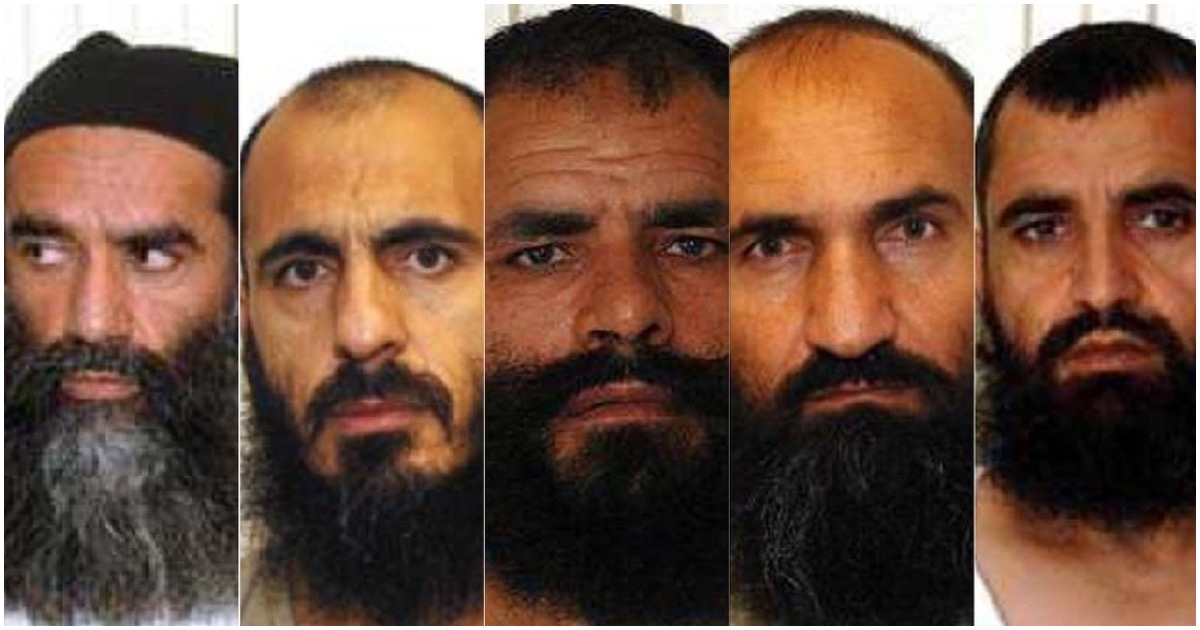 Then-President Barack Obama cut a deal to get him back by sending five terrorists detained at Guantanamo Bay in the swap.

Now, the five terrorists are back in action.

Talk about a big-time fail by Barack.

They will now be among Taliban representatives negotiating for peace in Afghanistan, a sign some negotiators in Kabul say indicates the Taliban’s desire for a peace pact.

Others fear the five, all of whom were close to the insurgent group’s founder and hard-line leader Mullah Mohammed Omar, bring with them the same ultra-conservative interpretation of Islam that characterized the group’s five-year rule that ended in 2001 with the U.S.-led invasion.

Haroun Mir, a political analyst in the Afghan capital, noted: “The Taliban are bringing back their old generation, which means the Taliban have not changed their thinking or their leadership. What we are more worried about is if tomorrow the Taliban say ‘we are ready to negotiate,’ who will represent Kabul? That is the big challenge because the government is so divided, not just ideologically but on ethnic lines.”

Obama’s presidential library is slated to open in Chicago come 2021.

Taxpayers will have to shell out $175 million.

However, a lawsuit to stop the library is now going to trial.

U.S. District Judge John Robert Blakey said at a hearing Wednesday that he will set a trial date to consider the project’s alleged violations of state laws and city codes at a case management conference in December, Curbed Chicago reports.

The nonprofit Protect Our Parks, along with three individual residents, filed a lawsuit in May to block the project because they claim it’s against the law to transfer park lands to private entities like the Obama Foundation, which is expected to run the sprawling facility.

Top Dem: ‘No Sane Country’ Would Give Birthright Citizenship to Undocumented Immigrants (WATCH)