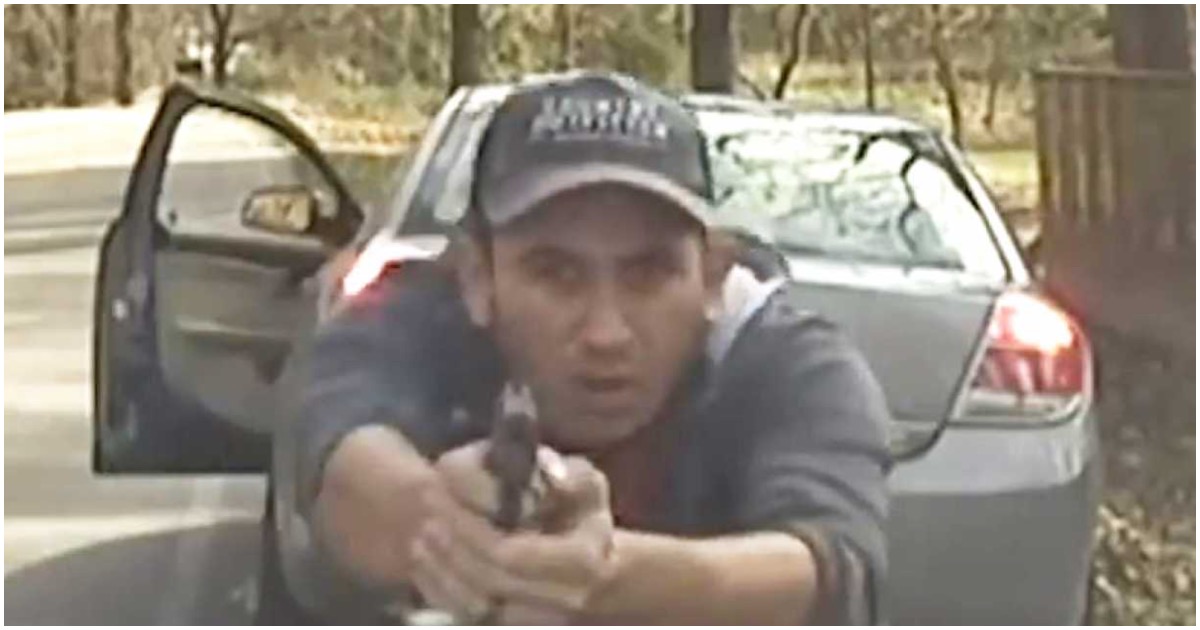 After being pulled over by a police officer, Luis started firing.

Arkansas law enforcement officials have arrested 29-year-old illegal alien Luis Cobos-Cenobio and charged him with attempted capital murder after dash cam video footage allegedly shows him shooting at Arkansas police officers after they pulled him over on Sunday. pic.twitter.com/g6xHEr4XOX

Luis will be charged with attempted capital murder.

Cobos-Cenobio has been jailed on $500,000 bond, and has had a detainer placed on him by U.S. Immigration and Customs Enforcement, an agency spokesperson confirmed to Fox News.

Cobos-Cenobio has been charged with four counts of attempted capital murder, committing a terroristic act, fleeing, possession of a controlled substance and possession of drug paraphernalia, according to police.

Luis is also a DACA recipient.

There’s something the mainstream media and Democrats definitely won’t cover.

Portland, Oregon has become a hub for liberal activity.

Therefore, it makes sense the sheriff refused to inform ICE he was setting an illegal alien free.

It’s not right, but it makes sense.

The illegal alien then murdered his wife only months later.

WATCH: Obama Explains How He’s Better Than Everyone He’s Ever Worked With