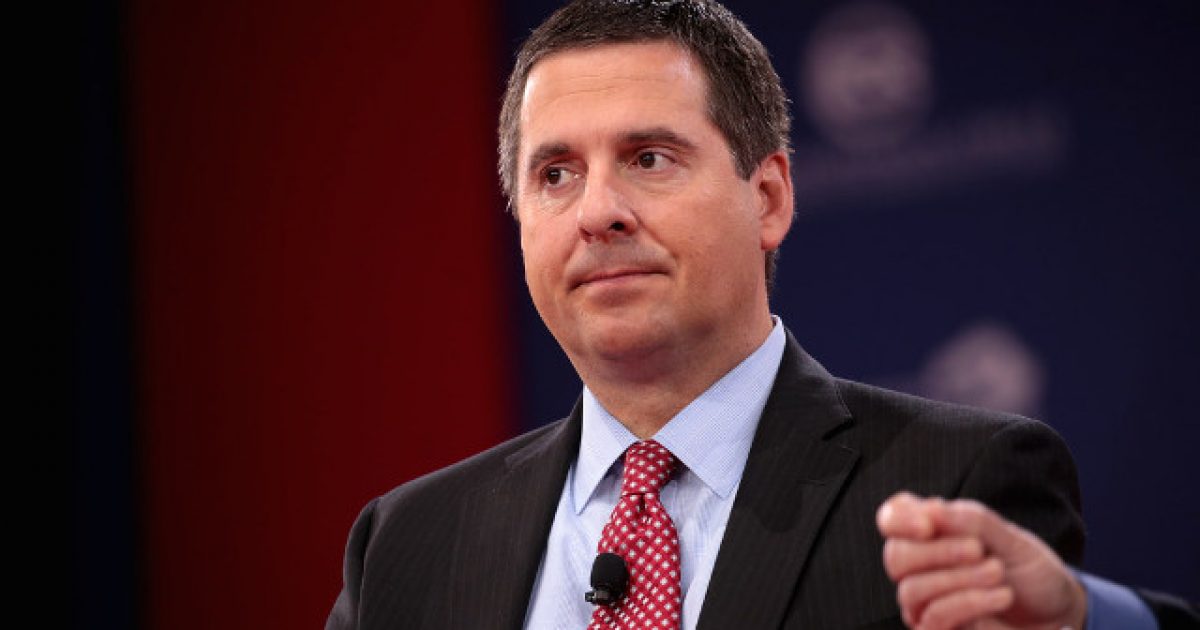 Rep. Devin Nunes, who has previously promised to take CNN and the Daily Beast to court, made an appearance on “Sunday Morning Futures,” where he doubled down on his promise to challenge them in a federal court.

Nunes first made his threat of legal action against the two media companies on Friday after both published stories that claimed the he, a high ranking member of the House Intelligence Committee, met with Ukrainian prosecutor Viktor Shokin in Vienna back in 2018 to encourage an investigation into the shady business practices of Hunter Biden and possible quid pro quo by his father, former Vice President Joe Biden.

Both of these stories cited personal Trump attorney Rudy Giuliani’s associate, Lev Parnas, who was indicted last month for conspiring to violate a ban on foreign donations, as the source of the story.

“I’ve been used to this for the last three years,” Nunes told Fox News. “The House Intelligence Committee Republicans, we continue to expose Democrat corruption over and over again. And what always happens is right when we expose them… they go out to kill the messenger.”

“So this week — another fake news story. The problem with this week’s fake news story is — we actually caught them,” he continued. “And we caught them badly and it also involves criminal activity… We are going to take both CNN and the Daily Beast likely into federal court, right after Thanksgiving and we hope they cooperate.”

The Daily Beast originally broke the story about Nunes’ alleged meeting on Thursday, citing Parnas’ lawyer Ed MacMahon as their source. The Beast also cites congressional travel records which it claims shows Nunes traveled to Europe from Nov. 30 to Dec. 3, 2018, along with three of his aides. CNN followed up with an article on Saturday, citing Parnas’ other lawyer, Joseph A. Bondy, who said Nunes was put in touch with officials who could help him dig up dirt on the Bidens.

Nunes went on to say, “It is not OK to work with someone who has been indicted on [a] serious federal crime, to build a media narrative and dirty up a member of Congress. You’ve seen it, the American people have seen it over the last three years. We out them, and then they come out with a media narrative to try to dirty up the people who are doing the work on behalf of the American people.

“So we hope that CNN and Daily Beast will cooperate with the court,” Nunes stated. “They should comply with the subpoenas once we file this and go through different depositions. It should be fun.”

ICYMI: Pelosi Makes It Clear – President Trump Has to Prove to Us That He’s Innocent (Video)