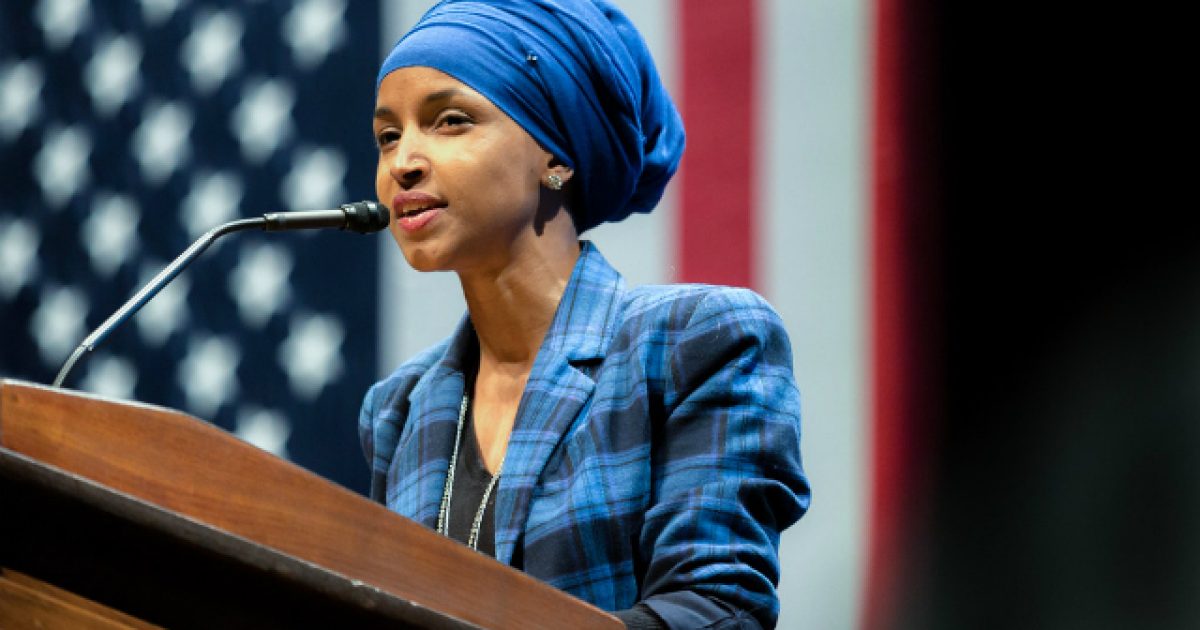 Rep. Ilhan Omar is once again allowing her socialism to show through by joining the call for the GI Bill to apply to all Americans, whether they have served in the military or not. This is essentially another call for the government to pick up the tab for folks to go to college, once again proving the left does not understand how basic economics works.

Then, of course, there’s the fact that such a call diminishes the sacrifice and honor given to our armed forces, but that probably doesn’t bother Omar too much.

The story, written by Marine and Iraq veteran Will Fischer, who used the G.I. Bill’s benefits to pay for his college education, argues that the benefits of paying for veterans’ education have far outweighed the costs — and covering all Americans’ tuition would benefit not only those avoiding student debt but the economy as a whole.

“Imagine what it would do for our country and those who live here if we were to take the ethos behind the original G.I. Bill and apply it to everybody—canceling all student debt and making public colleges, universities, and vocational schools tuition-free.” 💪🏽 https://t.co/P6LNRv6h9w

But Omar was quickly criticized for advocating such a massive expansion.

My dad was a WWII vet who went to Brown University on the GI Bill. He still worked as a truck driver on the side to pay for his family's food and housing while attending school full time.

He didn't get "free" college. He paid his way with his service to the nation. https://t.co/lRQ6oRsck5

“I’m a recipient of the GI Bill,” responded Chris Manning, a veteran who ran for Congress in New Mexico as a Libertarian in 2018. “The GI Bill was earned by agreeing to serve my country for six years and to put my life at risk as an infantryman in Afghanistan. It wasn’t something just given to me with nothing expected in return. Don’t cheapen our sacrifice w/ this comparison.”

Cam Edwards, a gun-rights activist, also made the point that veterans earn their G.I Bill benefits, in contrast with those who choose not to go into the military.

Omar doesn’t seem to understand that when you offer free college to folks, you’re not only creating a bubble that has to burst economically, you’re also flooding the job market with “qualified” individuals. There aren’t enough jobs to go around for everyone with a college degree.

Part of what kept that marketplace so well balanced was that people had to pay to receive their education. This meant that people had to work hard in order to achieve their goals. Those who weren’t motivated didn’t go to college and thus, there was less competition for work.

So much is wrong with this idea. Let’s hope it doesn’t get any further down the pipeline.